Making predictions about the 3D printer market has become a lot harder over the past few weeks following growing evidence from the market leaders that demand is slowing. 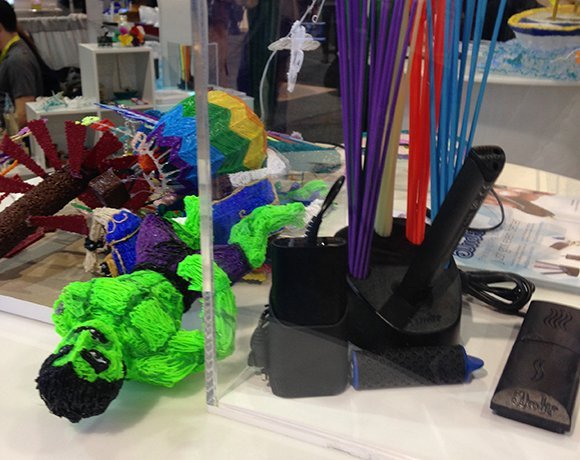 Before the results came out from Stratasys and 3D Systems the general view had been one that saw the market on the gentle run up towards the moment of mass market breakthrough. It was only a matter of time before 3D printing broke out of its niche, became more affordable and started to be used by more commercial customers.

That is probably still going to happen but the timetable is going to have the be revised a bit given the current state of demand for the technology.

Figures from analyst house Context indicate that although the consumer appetite for the technology has remained bouyant the commercial market has stalled in the second quarter.

The consumer space looks set to remain strong but it is harder to get a picture of what is happening in the industrial/professional sector.

“In the current landscape, shipments from the best known brands are not the best leading indicator of total global demand. However, customers voting with their dollars by backing crowdsourced efforts and maturing global distribution are.”

The number of personal 3D printers shipped in Q2 was 25% up on the same period last year, but that did not match the growth in the past and actually delivered a sequential decline quarter-to-quarter. Context noted that much of the growth came from new entrants rather than established players.

When it came to the professional market the second quarter was a grim time with the main players reporting disappointing results combined with customers being more reticent in placing orders.

Some of the reasons that were suggested by Context to explain the Q2 slowdown included some negative customer reaction to hype as well as some increased spending on traditional printing.

Looking forward the anlyst house is keeping an eye on what happens with some of the vendors and distribution as they look to widen their market reach: "EMEA region also looks poised for growth with announcements of new or expanded B2B and B2C distribution for from the likes of ABCData, Exertis, MediaWorld (Italy), Midwich, Pico and others."

Context expects some of the pause in commercial spending to be a result of users waiting for products from some of the household printer names like HP.

They should not have to wait much longer because despite the current slow market conditions some of the household names in the printing world continue to get themselves into a position to exploit the take-off in demand, as and when it comes.

The latest to view 3D printing as an area that needs its own dedicated team is Hewlett-Packard, which has set up a division targeting the technology.

With the firm splitting in two from the 1 November there is an opportunity, in the words of the CEO Meg Whitman, to get more focus on key areas, including printing.

Next year the firm will release its colour multi-jet fusion 3D printer and with the hopes that it will be the first stab at gaining some serious market share the boss of HP Inc Dion Weisler has appointed current senior vice president of imaging and printing Steve Nigro to head up a 3D printing business group.

"I have asked Stephen Nigro to turn his entire focus to 3D Printing, continuing to report to me. He will focus on establishing a leadership position for HP Inc., in both the prototyping and production 3D market by delivering a strong portfolio of technology, products, and services to drive the market," stated Weisler.

The shift of Nigro to a 3D printing group created a vacancy in his old role and as a result Enrique Lores, currently head of the PC business in EMEA will take over the printing group. His replacement will be Nick Lazaridis, with all of them starting their new roles from the start of November

With the HP product not coming until next year the prospects for those hoping for an upturn in the commercial 3D printing market might be waiting through the rest of 2015 for that position to change significantly.