Global markets are rallying today following one of the most turbulent days in recent years. 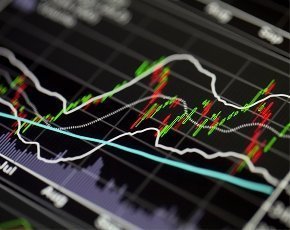 Optimists are calling it ‘Turnaround Tuesday’, following on from ‘Black Monday’, which saw hundreds of billions wiped off world’s financial markets.

The rout began as the Asian markets opened on Monday, with panic quickly spreading west. The US stock market suffered its biggest sell-off in four years with the Dow Jones ending down 588 points.

But it was China, the protagonist in this whole sorry saga, that was the worst hit, with the Shanghai composite index dropping 8.5%.

While there are many factors at play, the source of the global volatility is China’s shrinking economy. The rout has been underway since the start of summer, with a few short pauses due to government interventions such as the one seen today. There has been a 38% drop in the Shanghai composite index since June 12 .

What goes down, must come up

For every rout, there is a rebound and the main indices are rallying strongly today, recovering most of Monday’s losses. The rally comes on the back of news that the People’s Bank of China has slashed benchmark interest rates by a quarter of 1%, effectively adding 678 billion yuan (£67bn) to the Chinese economy.

This is now the fifth Chinese interest rate cut in the last 12 months.

What it all means for tech firms

Rallies aside,  China is in tough situation, as it struggles to transform itself from an export led economy into something a bit more viable for the long term. Most global tech vendors have spent the best part of a decade cozying up to China, in an attempt to tap into its colossal markets; and so the stifling economy is bad news for everyone involved.

Virtually every multi-national saw their shares take a nose dive as the crisis unfolded. It was a blood bath.

Things got so bad that Apple CEO Tim Cook made a rather unorthodox move, emailing the host of CNBC’s ‘Mad Money’ Jim Cramer.

“I get updates on our performance in China every day, including this morning, and I can tell you that we have continued to experience strong growth for our business in China through July and August,” Cook said in the email to Cramer.

Regulatory experts are now questioning whether the email may have violated the Securities and Exchange Commission’s fair disclosure regulations, which state that all investors should be privy to material information at the same time.

Apple’s CEO was almost certainly aware that such an email might land him in luke-warm water; which underlines just how dire the China crisis is for the Silicon Valley vendors.

Cook’s intervention appears to have paid off. Apple shares rallied back into the positive following the news and ended down 2.5%.

Other tech firms followed much the same pattern, with Facebook, Netflix and Intel all rebounding only to dip back down by the time the market closed.

The New York Stock Exchange has – for the second day running - invoked ‘Rule 48’, which allows trading to begin without a stock price being announced at the market open. All eyes are now firmly on the NYSE, which opened at 2:30 BST. So far, markets are rebounding, but they are not doing so at the same rate of decline yesterday.