Employers across the country have been asked for their views on the introduction of an apprenticeship levy, expected to be introduced in 2017. 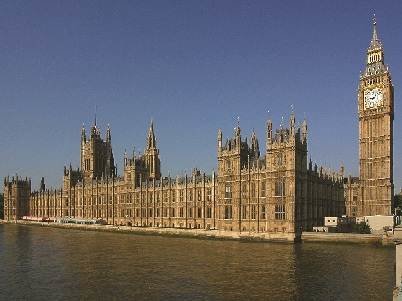 Prime Minister David Cameron also announced on Friday that changes would be made public sector procurement, by where all bids for more than £10m will have to show a clear commitment to apprenticeship schemes.

The announcement is part of a wider government effort to create three million more apprenticeship places this parliament. Bidders will need to demonstrate that ‘a reasonable proportion’ of their workforce is made up of apprentices, although the PM did not expand on what would be seen as ‘reasonable’.

“The greatest asset any employer has is their workforce. And by investing in them, they are investing in the success and future of their business,” said Cameron. “As a one nation government, we are committed to supporting 3 million quality apprenticeships over the next 5 years – to help strengthen our economy, deliver the skills that employers need and give millions more hardworking people financial security and a brighter future.”

The apprenticeship levy, which was initially outlined in the Summer Budget, is intended to take employer contributions from larger companies to supplement government funding for apprenticeship training. Funds raised by the levy will provide employers with an electronic voucher that can be used to purchase training from an approved list of providers. Again, the definition of ‘larger companies’ remains a loose one, but officials have promised that they will expand on the specifics in good time.

Critics argue that the levy will do little to help small and medium businesses due to the fact that apprenticeship schemes won’t provide the high-skilled workforce that the economy badly needs in the short-term.

“The new levy announced may guarantee funding for more apprenticeships, but it’s unlikely to equate to higher quality or deliver the skills that industry needs,” commented Katja Hall, Confederation of British Industry (CBI) deputy director-general. “Levies on training already exist in the construction sector where two-thirds of employers are already reporting skills shortages.”

But Richard Holloway of TechMarketView points out that getting one’s foot in the door is a necessary step in the process of building a skilled workforce.

“For too many years, the only entry-level jobs seemed to be in India,” Holloway said. “I’ve lobbied everyone that will talk to me for many years to reverse this situation and indeed put forward proposals that the awarding of HMGovt contracts should take job creation into account. I was very pleased to see this adopted by the Cabinet Office last year.”

Skills Minister Nick Boles commented: “Skilled people are the lifeblood of a strong economy but for too long UK businesses have invested too little in developing their employees’ skills to meet the demands of a competitive, global market.”

“The apprenticeship levy will ensure that businesses invest in skills and training, and will act as a much needed shot in the arm for the country’s productivity.”

The Apprenticeship Levy consultation will close on 2 October 2015 and is expected to be operational by April 2017.