As thousands of teenagers received their GCSE results, there were signs that the channel can look forward to more skilled young people entering the industry. 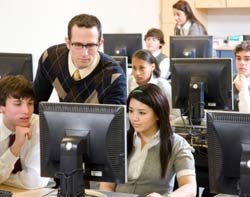 Highlighting the disquiet felt recently by tech firms, Richard Gadd, managing director UK&I, Hitachi Data Systems, said: “UK businesses have been concerned that we face a skills deficit in supplying the next generation of workers with the right knowledge and skills to thrive in a data driven world.”

However, statistics from the Joint Council for Qualifications reveal that there is a massive leap in students taking computing since the subject was overhauled. The number of entrants more than doubled from 16,773 to 35,414, an enormous 111%.

Commenting on the results the Confederation of British Industry (CBI), which represents 190,000 businesses in the UK, said that the huge leap in numbers of those studying computing was ‘the icing on the cake’.

“Digital skills are essential in the modern world and economy, and to keeping the UK at the forefront of technological innovations,” said Katja Hall, CBI Deputy Director-General.

“For young people planning or beginning their careers, it’s important to remember that careers in STEM (Science, Technology, Engineering and Mathematics) are no longer about being the ‘techies’ stuck in the basement,” said Gadd.

“With new technologies redefining the jobs market, the people with tech acumen will be those placed at the forefront of business innovation and integral to defining strategy,” he continued. “It’s the skill of connecting business and technology that’s so vital for driving growth and is fast earning places at the board table.”

Efforts by several bodies such as CompTIA to tempt more women into the IT industry doesn’t seem to have had an effect in English and Welsh schools. Despite the percentile rise being the same between the sexes the number of boys taking computing was 29,736 while for girls it was only 5,678.

“The fact that less than 1 in 5 computing students are women means that we are missing out on a huge pool of digital talent,” said Hall.

Gadd agrees, “At Hitachi Data Systems, we’re working with Beaconsfield High School to provide girls with the support to pursue further education and careers in STEM subjects through a mentoring scheme, work placements and interactions with our staff and partners.”

The CBI welcomed overall numbers of those taking science being on the up –stressing that they still see triple science is the best way to enthuse and excite young people about careers in science.

“We must ensure that the shift away from single sciences doesn’t result in a drop in the overall number achieving 3 science GCSEs,” said Hall. “Pupils should bear in mind that maths and science carry a real premium with employers and are sought after skills in our economy, so would lead to interesting and successful careers.”

Hall held a cautionary note that entering the business is not all about qualifications: “Employers value attitudes and resilience just as much as academic results, so we must make sure that exams aren’t the only target our schools and colleges have.”

Indeed the CBI/Pearson education & skills survey 2015 revealed that the most important factors employers weigh up when recruiting school and college leavers are attitudes (85%) and aptitudes (58%), ranking well ahead of formal qualifications.

There was also concern for the global nature of business, which is particularly relevant in technology, with vendors, storage and call centres operating from all over the world, with a fall in numbers taking languages.

“Foreign language skills can open up many opportunities for young people and also help firms with the ambition to sell into overseas markets,” said Hall. “Europe remains our largest export market so to see yet another fall in the numbers studying those languages used on our doorstep is a matter of concern.”

According to the CBI/Pearson survey, close to half of businesses (45%) recognise foreign language skills among their employees as beneficial, particularly in helping build relations with clients, customers and suppliers (36%).