It’s official. Chuck Robbins has taken charge of the Cisco vessel and has started the job with a bang. 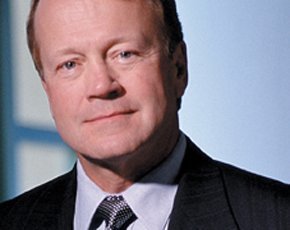 In a blog post entitled ‘Cisco’s Next Chapter Starts Today’, Robbins announced that he was brining two new executives into the fold.

Zorawar Biri Singh will step in as chief technology officer. Singh joins Cisco from Khosla Ventures, a venture-capital firm, but has held positions at the likes of HP and IBM.

Kevin Bandy has been nabbed from Salesforce and will take on the role of chief digital officer.

“As I’ve said before, a diverse set of perspectives and experiences is important to me as we build Cisco’s next chapter,” Robbins wrote. “We’ve looked at leaders from around the world, and I am convinced that we are adding two of the most strategic and innovative leaders to the Cisco team. Their creative thinking will make us even stronger.”

Robbins, a 17-year Cisco veteran, was announced as John Chambers’ replacement back in May. Chambers was one of the longest serving CEOs in the industry, steering Cisco through countless technology cycles, and so the transition has been closely scrutinised.

By all accounts, it seems to have gone smoothly, although Robbins has been quick to stamp his authority on the role.

In June, he announced a senior management shakeup that saw three long-time executives all heading for the door. Two presidents, Gary Moore and Rob Lloyd, are also leaving the company.

Robbins said that he was looking for a flatter executive structure, capable of making agile decisions, but it was no coincidence that much of the wood being removed from the ship was as old as Cisco itself.

The CEO, now 1.5 days into his tenure, has also started removing some dead wood from the business. The firm announced on Friday that it was time to wash its hands of Invicta, a flash storage division of the business that it entered into with the $415 million acquisition of the Whiptail back in 2013.

The networking giant also sold off its TV set-top box business to Technicolor SA for around $600m; which sounds like a good deal until you consider that the business made up a good chunk of the $6.9bn that Chambers paid for Scientific-Atlantic ten years ago.

The San-Francisco-based company said in a statement: “[We] will continue to refocus our investments in service provider video towards cloud and software-based services businesses.”

The sell-offs are all part of Cisco’s phase of enlightenment, now being spearheaded by Robbins. Cisco has been the dominant force in networking for the best part of 20 years; but its strength is being challenged by a host of new technologies; chief amongst them, software-defined solutions.

To listen to John Chambers, there is nothing for Cisco to worry about. In his most recent earnings call with analysts, he said: “All this garbage about new players coming in, and software coming in, and white label killing our approach was entirely wrong.”

While you have to admire the man for his conviction, the vast majority of analysts disagree. Last year, Cisco saw a 20% decline in earnings per share and a 3% decline in sales. Unlike Chambers, Robbins seems to understand that if Cisco is to remain the incumbent player in the networking space, it is going to have to adapt quickly.