Apple is perhaps the only company on earth that can report another record-breaking quarter, beating analysts’ expectations and still see shares nosedive in after-hours trading. 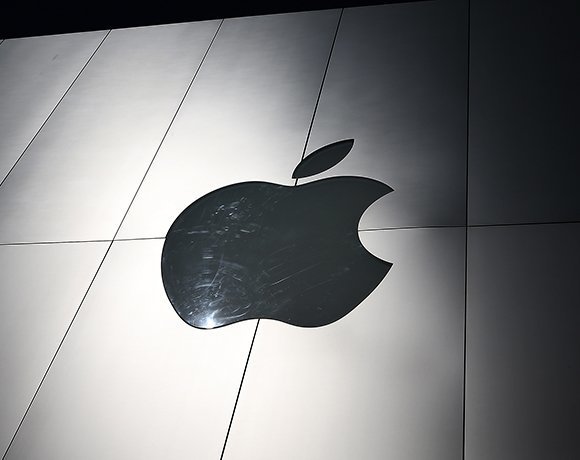 The Cupertino firm shifted 47.5m iPhones, up more than a third year-over-year, contributing revenue of $31.4bn. Sales in China doubled from the same period last year. Mac sales were up 9%, to 4.8m units.

But it was the Apple Watch figures, or rather lack thereof, that turned the results sour. As expected, Apple chose not to divulge exact sales figures of the new wearable technology and instead lumped it into the ‘other’ category. ‘Other’ includes the likes of iPods, Apple TVs and Beats by Dre.

Year-over-year, “other” revenue doubled from $1.3bn to $2.6bn, but it’s worth noting that last year, the category did not include the likes of Beats.

Many pundits are claiming that the Apple Watch may be a dud, and that Apple is purposely trying to muddy the waters by lumping it into a pool of other products.

However, CEO Tim Cook hinted that analysts might want to read between the lines.

“It would not be an inaccurate thing to look at the sequential revenue, the year-over-year change and assume that was the total watch revenue,” Cook said, suggesting Apple Watch accounted for much of the growth and may already be a $1bn business.

One thing is for sure; Apple Watch has blown the competition out of the water, generating more revenue than all of the other smart watches on the marketcombined.

Analysts at CCS Insight said that it would be a mistake to write Apple Watch off, due to the slow-burn nature of the Apple ecosystem.

“It is short-sighted to view any Apple product in isolation from the broader portfolio of devices and services,” the firm said. “CCS Insight believes this particularly applies to the Apple Watch. The device is a promising start but not yet sufficiently refined to appeal to a mass market, particularly at current prices. However, we believe the product will develop in the same way as the iPhone and iPad. Investments in frameworks such as Apple Pay, CarPlay, HomeKit and HealthKit are likely to create appealing new ways to use the Watch once they become established.”

iPad sales continued to decline, with Apple only shifting 10.9m devices, down 18% year-over-year. Cook said that the decline was likely compounded by the larger screen iPhones now on sale.

“We had an amazing quarter, with iPhone revenue up 59 percent over last year, strong sales of Mac, all-time record revenue from services, driven by the App Store, and a great start for Apple Watch,” said Cook. “The excitement for Apple Music has been incredible, and we’re looking forward to releasing iOS 9, OS X El Capitan and watchOS 2 to customers in the fall.”

Over in Redmond, a dip in share price was the least of Microsoft’s concerns. The firm posted its worst quarter in its 40-year history, reporting a net loss of $3.2bn.

Microsoft managed to top Wall Street’s dire expectations, but it wasn’t enough to stop shares tumbling 4% to $45.45 in after-hours trading.

The loss was a direct result of $8.4bn in one-off charges, $7.5bn of which was a write-down of Nokia assets acquired just last year. The red ink was further magnified by the strong US dollar, which obliterated growth in some of Microsoft’s core divisions.

Sales of the Surface tablet more than doubled from a year earlier to $888m, and sales of the Xbox One rose 27%.

Sales of software licenses to OEMs fell by 22%, which is no great surprise given the dip in PC sales and the impending launch of Windows 10.

The new flagship operating system will be - for all intents and purposes - free, and so Nadella is banking on add-on services, as well as high growth areas like cloud to pick up the pieces.

“Our approach to investing in areas where we have differentiation and opportunity is paying off with Surface, Xbox, Bing, Office 365, Azure and Dynamics CRM Online all growing by at least double-digits,” said Satya Nadella, chief executive officer at Microsoft. "And the upcoming release of Windows 10 will create new opportunities for Microsoft and our ecosystem.”

Commercial cloud revenue grew by a whopping 88% (up 96% in constant currency). As Windows 10 essentially draws a line under traditional licensing revenues, the likes of Office 365, Azure and Dynamics CRM Online will become a staple part of Microsoft’s diet. Despite the strong growth, they collectively make up less than 10% of total sales at the moment.

While it’s been a bumpy quarter, analysts are in general agreement that Nadella was right to call it a day on the Nokia fiasco. Despite the shaky figures, the sense is that Microsoft is handling the transition through the Nexus of Forces with more dignity than some of the other legacy heavy hitters in the industry.