Despite another loss making quarter, Blackberry is beginning to see some traction in its software and services segment. 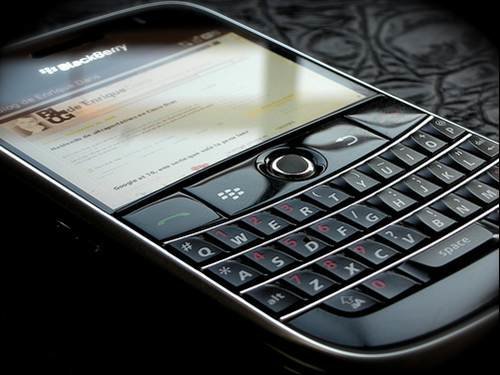 The results were worse than analysts had anticipated, with the beleaguered company posting an adjusted first-quarter loss of 5 cents per share or $28m. Revenue fell to $658m from $966m a year earlier.

Yet despite the dreary headline figures, Team Blackberry was surprisingly upbeat. It’s software and licensing sales almost doubled on a sequential basis to $137m.

Analysts have feared that the former king of the mobile market would not be able to successfully transition the business away from its reliance on the hardware business to its software and services orientated vision.

Chief exec John Chen said that the goal was for software to contribute $600m of annual revenue to the business by the end of the fiscal year and the Q1 results suggest that Blackberry is on target to meet the ambitious goal.

“I am pleased with the strong performance of our software and technology business. This is key to BlackBerry’s future growth,” said Mr Chen. “Our financials reflect increased investments to sales and customer support for our software business.”

The phone maker struck 2,600 deals for its BES12 enterprise mobile management platform. The EMM sector is crowded, with well-established providers like MobileIron and AirWatch holding a significant chunk of the pie. However, the figures suggest that the company may be making some headway and Chen also revealed that it had swooped RBS away from MobileIron.

“RBS is an important win for us as it established BES as the corporate standard for mobile management,” the chief exec said on a call with analysts. “This is a corporate wide effort including for all their BYOD policies across all platforms, such as iOS and Android, as well as BlackBerry … We believe RBS chose us because of our superior cross-platform security. We actually have a few more other key customer wins, switching away from these competitors. But we have not obtained permission to use their names on the call publicly.”

Blackberry also announced that it had signed a patent cross licensing deal with Cisco. The full terms of the deal were not disclosed, leading some analysts to question exactly what proportion of the software revenue had come from deal.

“With the agreement in place, BlackBerry and Cisco can focus on innovation and continued technical cooperation, allowing our companies more freedom to create leading products and services for customers without the potential for patent disputes,” said Dr. Mark Kokes, BlackBerry Intellectual Property and Licensing VP.

Looking across the business, 40% of revenue came from hardware, 38% from services and 21% from software and licensing. Chen said that the business was taking steps to bring the hardware portion of the business back to profitability.

Details of exactly what these steps entailed were thin on the ground; however Blackberry said it signed deals with Wistron and Compal Electronics, outsourcing much of the development and manufacturing of its devices. The partnerships add to the agreement already in place with Foxconn Technology.

Chen also hinted that he was still in acquisition mode. Blackberry has already bought up firms like Secusmart, Movirtu and WatchDox, allowing it to expand its value-added service offerings. The CEO said at a media event that he was looking to expand technical and software capabilities, as well as channel operations.