With IT equipment finance on the up vendors should work with finance companies to educate SME’s on asset finance to encourage further growth. 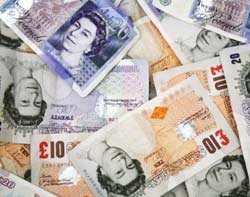 According to the finance provider LDF, businesses accessed £1.6bn in asset finance in April, up by 19% on April last year, showing that demand for vendor finance is booming as the economy recovers and businesses look to invest in new technology and equipment.

However with around 70% of small businesses reported to be aiming to be debt free, educating SME’s on the growing availability of external finance could be the key to increase sales across the industry.

Steve Arnold, vendor development manager of LDF, said: “Improved business confidence is a major opportunity for vendors, but they need to be able to rely on finding the right funding for customers in order to convert interest into sales.”

BDRC Continentals finance monitor, which reported earlier this year, showed that many businesses had turned away from credit with half of SME’s now classed as permanent non borrowers, and only a third willing to seek finance for development.

In addition to this few were aware of alternative funding initiatives with just under one third (31%) of SMEs thought they were aware of any support scheme for SME funding, though when prompted with names awareness increased to 53%.

Awareness of crowd funding compared well within these initiatives, with 38% of SMEs (excluding PNBs) aware in Q1 2015; the highest level recorded to date, but at only 2% for year ending Q1 2015, use remains very limited with two thirds of aware SMEs against the idea.

“Despite improving success rates, and more confidence amongst future applicants that their bank will say yes, the overall picture is one of subdued demand for external finance,” said Shiona Davies, director at BDRC in February. “Only a small group of SMEs feel something has stopped them applying for a loan or overdraft and access to finance is less of a barrier than it has been,"

However of those that did go looking for finance, over two thirds were successful in their application, the highest level for 18 months.

Davies warned in May that more needs to be done to increase confidence among small business leaders that finance is available. “Signs of an increasing appetite for finance come at a time when success rates amongst those who do apply are at their highest level seen to date on the Monitor (including for First Time Applicants), yet the ‘Confidence Gap’ between actual and perceived success rates remains,”

According to the latest industry figures, the amount of new plant and machinery finance taken up by businesses grew in the three months to the end of April by 13% compared with the same period last year to £1.5 billion, while IT equipment finance grew by 60% to £513 million.

LDF adds to the encouragement to organisations by saying that following a major investment by a private equity firm, it is in the position to help vendors meet this increased demand from customers, either providing the finance directly, or through a well-established network of funding partners.

LDF has made significant improvements to its systems and processes in order to provide a better service to vendors and their customers with key areas of focus include, IT, Telecoms, Transport and Manufacturing, alongside their traditional Health and Professionals segments.

The company confirms that the approach is to work with vendors to develop a customer proposition with value added finance and service offering not only for traditional hardware but also services and software over a wide array of assets.

“At LDF we have been focusing on making sure that we can be as responsive and flexible as possible to the needs of vendors and their customers,” said Arnold.

“Where a funding application is simple, we are ready to respond as fast as possible.  Where the business’s needs are more complex, we will find the best possible funding solution for the widest range of IT, business technology and other assets.”