Jim O'Neill, the Manchester-born economist who coined the term ‘the BRICs’, has been named Commercial Secretary to the Treasury. 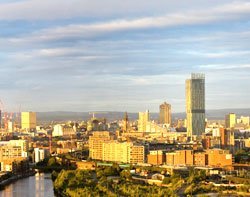 The former chairman and chief economist of Goldman Sachs will be given responsibility for driving devolution to cities outside of London, as part of the Northern Powerhouse programme.

"He’s one of the world’s top economists,” said chancellor George Osborne.
“And he’s the man who invented the term ‘the BRICs’ and changed the way everyone viewed emerging economies.”

"I’m very pleased to announce that the Prime Minister has appointed him to my department as the Commercial Secretary to the Treasury – right in the heart of government, in the department that historically fought tooth and nail to stop giving up power, we have a brilliant new Minister to help make devolution and the Northern Powerhouse happen.”

Along with the role, O’Neill has been made a Conservative life peer.

Speaking of the appointment, Katie Gallagher, managing director of independent digital trade association, Manchester Digital, said, “It's promising to see that the Conservatives are keen to progress the Northern agenda post-election and are treating it as a key priority. Jim O’Neill’s appointment as Commercial Secretary to the Treasury, with the remit to drive the Northern Powerhouse forward is incredibly encouraging.”

"Hopefully Jim will get straight to the heart of the problem and ensure that the devolution reduces bureaucracy and gives businesses across the North a voice to contribute to decisions which will directly affect them," she added.