Shares in Toshiba have been hit hard following the announcement by the firm that it is extending an accounting inquiry and suspending its dividend. 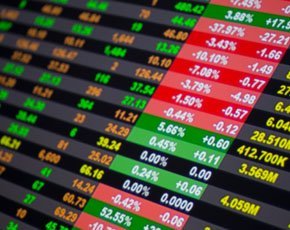 The firm has already been looking at the accounting around some of its infrastructure projects but in the course of that investigation, which started in April, it has found that more effort is going to be needed to get on top of the problem.

The firm told investors that its Special Investigation Committee had identified "some infrastructure-related projects in which the percentage-of-completion method of accounting was used, wherein the total amount of contract cost was underestimated and contract losses (including provisions for contract loss) were not recorded in a timely manner," it stated.

As a result of the discoveries the firm will now be setting up an independent investigation committee and is in the process of recruiting law and accounting experts.

"The company expresses its most sincere apologies to our shareholders, investors, and all other stakeholders for any concern of inconvenience caused on this occasion, and will make its best efforts to restore your trust," Toshiba stated.

The firm also revised its forecast for the impact on the full year 2014 trading to "Undetermined" as it was no longer in a position to provide any guidance on what numbers might be coming.

Some industry observers have suggested that the sheer size of Toshiba could be an issue and the investigation could lead to some restructuring.