The BBC is stepping into the world of computer manufacturing for the second time in its history. 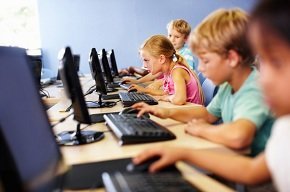 The Micro Bit is to be given away to one million school children as part of the make it digital scheme. It is hoped that the stripped down computer, similar to the Raspberry Pi, will inspire the next generation of digital creatives.

The Corporation is working with Arm, Microsoft and Samsung to develop the small programmable machine. Still in development, it is expected to launch in September and be compatible with Python C++, and Touch Develop. The device will have LEDs rather than a screen and Bluetooth connectivity so that it can be paired with the likes of the Pi.

Unlike the BBC Micro launched in the 80s, Micro Bit does not have any commercial ambitions, the BBC has insisted.

"The BBC's role is to bring focus to the issue, and then we will withdraw from the market," said BBC Learning's Gareth Stockdale.

The microcomputer giveaway ties into a larger scheme designed to address the much talked about IT skills shortage. The British Broadcasting Corporation has also announced the launch of an apprenticeship scheme for 5,000 young people, helping them to boost their digital skills. On top of this, there will be a range of programmes – both on television and radio – looking at the history of digital technologies.

"With a dedicated season of programming on the BBC, 5,000 digital trainees, one million children who take their first steps with a Micro Bit, and a host of educational activity, we hope to inspire a new generation to get creative with digital," said Jessica Cecil, controller of Make it Digital.