Tintri’s EMEA channel is going from strength to strength, with the company reporting another year of triple figure growth. 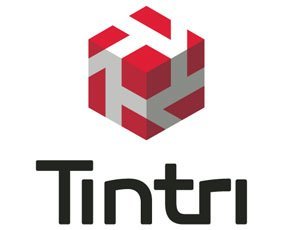 Channel boss Sally Reade told MicroScope that the company’s model had evolved rapidly over the course the past year.

“A year ago, we had a very small channel – not really a channel at all in fact – just a group of VARs. It was very difficult to educate and enable them,” she told Scope.

Under Reade’s leadership, Tintri – which specialises in smart storage for virtualised environments – has grown its channel in almost every region. The number of partners in the UK and Ireland has jumped from 15 ago to 43. The Nordics and Benelux have seen an increase of six to 20; in DAC, eight to 19 and in South Africa, 10 has become 40. But Reade says it’s about quality over quantity.

“We don’t seek to have a huge number of partners. We’re looking for partners who understand both the storage world and the virtualised world. Why? Because this is going to be a very easy technology for them to adopt. They’re also going to have the perfect customer-base to sell [Tintri] into.”

“We’d rather work very closely with them, nurture them, enable them - and it become a really productive relationship.”

The Mountain View, California-based company entered into a new distribution relationship with Arrow in September of last year. Prior to that, Tintri’s only agreement was with Zycko.

"Zycko was the first distributor in EMEA to work with Tintri – so it was a bit of a leap of faith for them working with us,” Reade explained. “Arrow gave us the spread that we couldn’t have achieved with Zycko alone. We’ve got Arrow signed in 30 countries. Some are much more engaged with us than others, but it is really giving us a good spread out across EMEA.”

As well as formalising the channel programme, Reade says that one of the most significant factors behind Tintri’s explosive growth has been repeat business.

“So 40% of our customers will buy more Tintri after six months and 70% will buy more within 12 months; and that second purchase is usually between two and three times bigger than the first purchase. We know that once we get a foot in the door, we very quickly become a platform of choice,” she said.

“As a channel person and as a Tintri employee, that is one of the most encouraging statistics behind our growth.”