Troubled Azzurri Communications has reported a £52.91m profit for fiscal 2014, thanks in no small part to the major refinancing programme in 2013. 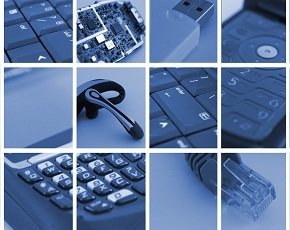 Breaking down the key areas of the business, top line figures didn't make for pretty reading. Support services fell by 4% to £18.38m; Mobile was down by just shy of 20% to £15.5m; ICT, down 17% to £16.8m, although this was offset somewhat by migration to the cloud. The best news came from the Data business (including cloud and wide area networks), which grew by 14%.

CEO at Azzurri, Chris Jagusz, told MicroScope that there were several factors at play when it came to the drop in top line figures. The first, he said, was the shift to cloud. Like many providers in the midst of the cloud revolution, the slow burn returns on the subscription-based model is having an impact on immediate figures.

“What we’ve seen, particularly over the last 18 months, is a shift from on-prem to the cloud. It’s been absolutely crazy,” the chief exec commented.

Jagusz said that the second factor was regulatory changes to termination rates; that is the amount that mobile network operators charge their counterparts to deliver a call to a number.

“That has had the impact of reducing retail prices both from mobile to mobile and fixed to mobile, so that’s pushing revenue down a bit,” Jagusz explained.

In October 2013 (fiscal 2014), Azzurri completed its second major refinancing programme which saw its debts slashed from £103m to £25m.

The former BT man believes that with some housekeeping duties out the way, the underlying operating profit, which was down by 26%, will see a marked improvement in fiscal 2015.

“We’ve taken out a lot of waste and inefficiency and on the back of that we are able to take out about £3m of annual costs. So the numbers coming into this year are very different.”

This, combined with the margins coming through from longer term contracts, and Jagusz believes that EBITDA will begin to creep up, even if turnover remains much the same.

“Last year was very transformational. We drew a line under the past with the financing of the business; we’ve got committed investors and lenders, which gives us a lot of head room to manage the business and we’ve taken a lot of cost out of the business. It’s a turning point,” he said.

“This year, the focus is on getting growth back in to the top line. We are going to do that through having a clear brand, a good marketing message and having good sales execution.”