Following the Public Accounts Select Committee’s recent lambasting of the government’s reliance on a handful of contractors, the director of ASM Technologies has warned against lobbying for SMEs to bid on public contracts. 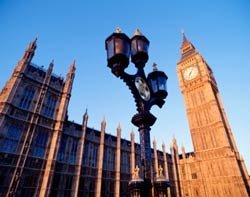 “The select committee is right to criticise the government for unfairly favouring the same large suppliers again and again for many public services,” said Iain Tomkinson. “However, when it comes to IT contracts, it is wrong to assume that SMEs are not already heavily involved in delivering public sector IT contracts already. They are.”

Tomkinson points out that SMEs are already directly working on public sector IT contracts further up the supply chain, but says that encouraging them to bid directly on large contracts would be a mistake.

“The large IT resellers have still earned their place on government contracts because only they have the cash in the bank, experience, scale of infrastructure, resources and knowledge etc. to successfully deliver large-scale public sector services. SMEs simply cannot deliver these services by themselves,” the director of the distributor said, adding, “This is a market reality.”

"It would be a mistake and a distraction to lobby for rules to encourage more SMEs to bid for government contracts directly because 99% of them would not be able to deliver on the services required and the failure rate would invariably escalate.”

“For the sake of the quality of our public services, there is nothing wrong with maintaining the status quo,” Tomkinson concluded.