The government has called on mobile service providers to bring an end to ‘notspots’, where there is coverage on some networks but not others.

It is estimated that up to a fifth of the UK is affected by these notspots and culture secretary Sajid Javid has said that the government was not prepared to let the situation continue. The minister’s preferred solution seems to be a national roaming agreement between the providers, allowing phones to hop to a partner network as and when is necessary. 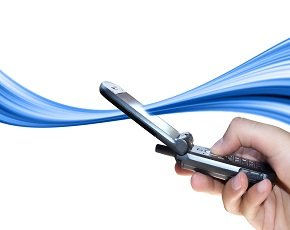 While a national roaming network sounds good on paper, the prospect is being met with opposition from the providers who argue that not only would it introduce an element of risk to their networks, but would drastically reduce the battery life of devices.

It is not just the service providers who are not keen on the idea. In a letter leaked to The Times, Home Secretary Theresa May said that roaming between networks could impede efforts to track criminals.

She said that a national roaming scheme “could have a detrimental impact on law enforcement, security and intelligence agency access to communications data and lawful intercept.”

Other options on the table include:

Virtual networks – expanding the relationships between secondary vendors such as Virgin and the big four, and;

Predefined coverage obligations - where the government would insist that a certain percentage of the UK is covered, but leave it up to the providers to make it happen.

“Getting the best mobile coverage and quality of service for UK consumers is essential in today’s digital society,” said Antony Walker, deputy CEO of techUK, the technology industry body. “However implementing national roaming, which is one of the four options being considered, would be a very big step.”

“The incentives for infrastructure deployment are very finely balanced and care must be taken to ensure that a switch to national roaming does not lead to unintended consequences. As Ed Richards Chief Executive of Ofcom, explained to the Culture, Media and Sport Committee national roaming could ‘disincentivise’ infrastructure investment and competition as well as have technical consequences leading to a worse overall customer experience,” Walker added.

The government has given the industry until 26 November to respond to the four proposals; however, Walker believes that this is not enough time to fully explore the ramifications of the solutions.

“A three week consultation process is too short to fully consider all the options and implications of such an important issue with such long term consequence,“ he concluded.