Having warned that cuts to crime fighting efforts specifically targeting intellectual property theft would undermine fights against piracy the Federation Against Software Theft (FAST) has welcomed the announcement of more funding for Police. 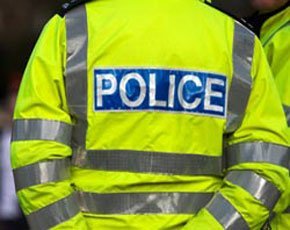 The Police Intellectual Property Crime Unit (PIPCU), which was set up last year and has already had an impact in disruption intellectual property theft, has been given an additional £3m, which will cover running costs until 2017.

FAST sounded warnings over potential funding cuts back in the summer and highlighted the need for PIPCU and the success it was having with 'Operation Creative' targeting websites that offer illegal applications and trying to starve them of revenue.

* suspending 2,359 internet domain names - replacing pages with a City of London Police notice
* seizing more than £1.29m worth of fake goods
* diverting five million visits from copyright infringing websites to a PIPCU holding page
* setting up an Infringing Website List (IWL) that acts as a database of sites deemed to be breaking copyright law.

Alex Hilton, FAST’s chief executive, said: “For too long, individuals that perpetrate IP crime on a commercial scale have been able to profit from the Intellectual Property of others. By regular and sustained action on the ground, PIPCU has made headway in the fight against IP theft, bursting the bubble of these rogues.”

PIPCU has got the backing of the likes of FAST because it has the teeth to cause some real pain to those that are engaging in intellectual property theft and has already notched up a fair amount of wins in its first year.

“Since launching a year ago PIPCU has quickly established itself as an integral part of the national response to a problem that is costing the UK more than a billion pounds a year. Much of this success is down to PIPCU moving away from traditional policing methods and embracing new and innovative tactics, to disrupt and dismantle criminal networks responsible for causing huge damages to legitimate businesses," said City of London Police Commander Steve Head, who is the Police national coordinator for economic crime.

Baroness Neville-Rolfe said that PIPCU has already proved itself in the first year of operation: "This extra support for the unit will help them to build on this impressive record in the fight against intellectual property crime, which costs the UK at least £ 1.3bn a year in lost profits and taxes."