Viewing the world from the perspective of Michael Dell, the founder, chairman and CEO of the company that bears his name, is one where customers are one of the main influencers on the direction that the vendor develops its products and strategies. 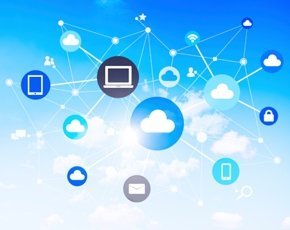 Speaking at the firm's Solutions Summit in Brussels, Dell said that the firm was already reacting to some of the big themes in the market - cloud, big data, security and the internet of things - and was following a four pronged approach to tackle those issues.

He said that firstly it was looking to work closely with resellers and customers to help provide the support needed to move to a cloud environment and it viewed the data opportunity as a significant one for the channel.

There are also efforts being made to provide the tools for users to connect to data and echoing comments made by rival Lenovo about the PC market Dell also indicated that there was still plenty of life in the platform.

Other areas where the firm is responding to customer needs are around analytics, "there are an enormous number of devices and that creates an opportunity. How many use it to improve the outcomes of their business?" and security as it looks to protect customer data.

"The future is a very bright one and it is IT driven. IT has come right down [an organisation] and is everywhere and you can't do anything without IT. Essentially every organisation is using it to advance itself and that is driving growth in the industry and growth in Dell," he added "Our industry is a change or die industry and everyone is having to change or die because of the pace of change."

One of the most recent changes at the company was the decision to take the business private and Dell said that was already reaping rewards because it gave the chance to focus on more long-term plans and to avoid wasting efforts ensuring that quarterly targets were hit.

"About 20% of my time is freed up and it was 20% of the most annoying things. I have got that time back to spend with partners and customers and it is just a delight to be private," he said.

Dell reminisced about how the UK was the second market the firm went to in 1987 after setting up in 1984 before it then rolled out a presence in the rest of the Europe, but revealed that China was now the largest market for the vendor outside of its native US.

Dell also had time to bat away suggestions that the firm would turn its back on the consumer market, particularly in the PC space, claiming that every client was a consumer and it needed to continue to play in the space.

But he ruled out developing its own smart phone technology claiming that the market was already over crowded with handset suppliers and the economics were not attractive.

He concluded by admitting that it needed to continue to make efforts to increase its software and services business and provide the channel with more solutions that they could take to market.

"More and more we are moving the conversation to what problem does the customer need to solve. The appetite around solutions and the growth we are seeing is quite encouraging. There is still more to do and we wiull continue to build our solutions capability," he said.