This year’s storage news so far has provided a firm impression of the increasing prominence of the cloud, and in particular of attempts to harness the public cloud and private datacentre in hybrid operations.

Now, recent IDC figures provide some evidence for a strong trends towards the cloud forming an important part of IT operations, as the table below shows.

In 2017, IT infrastructure spending for deployment in cloud environments hit $46.5 billion, a year-on-year growth rate of 20.9%.

This comes on top of recent news that have been centred on the efforts of vendors to provide a unified storage environment across the hybrid cloud, between on-premises and public cloud operations.

These have included: Cloudian’s upgrade to its Hyperstore object and NAS storage software to allow hybrid operations to multiple cloud providers; Qumulo’s launch in Europe of its hybrid cloud NAS, effectively a parallel file system that mirrors the likes of Dell EMC’s Isilon but between cloud and on-site locations, and; Microsoft’s purchase of Avere, a storage software maker that included hybrid cloud storage functionality.

Such products solve a bunch of problems for hybrid cloud storage. It has long been possible to work between private and public cloud environments, but getting data into and back from the cloud hasn’t always been so easy. And data portability between clouds has long been an issue.

It just wasn’t possible to handle data on a common file system or scheme (so put because object storage doesn’t use a file system, as such) as it is now with the type of products emerging.

These allow seamless operations between on-site and public clouds that mean the latter can be easily used for burst workloads or as a tier behind on-site performance layers.

That seems to me to be a significant landmark and we should expect to see further developments along these lines.

Sure, there will likely be a question mark over the fundamental resilience, availability and latency aspects of the use of cloud. After all, connection loss is only a misplaced JCB shovel away, but the appearance of near-true unified hybrid storage environments is a great step forward. 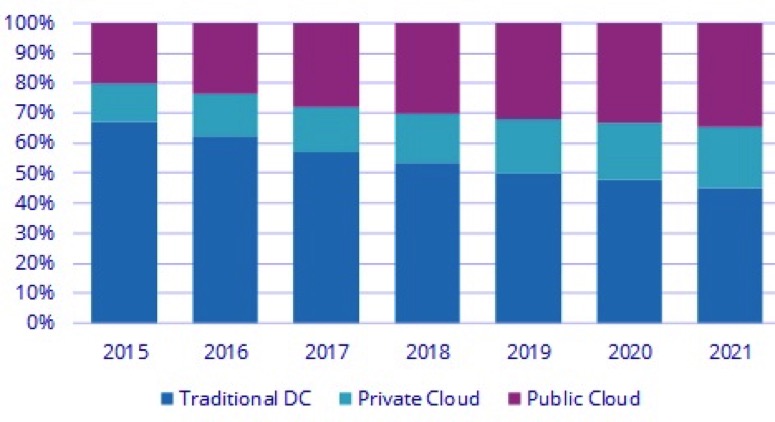