There now – we’ve said it, do you feel better now?

Revision control or source code control are also important, mainly because they’re all the same thing i.e. the practice of tracking and managing multiple versions of software code along with the content, documents, web links and other assets that form part of the project being created.

As TechTarget reminds us, while version control is often carried out by a separate application, it can also be embedded into programs such as integrated development environments (IDEs), word processors, spreadsheets and, especially, collaborative web documents and pages.

Newly updated and open source at its heart, Vershd 3.0 is an advanced visual Git GUI for software developers that claims to takes the complexity out of version control.

Its latest release for Windows, Mac and Linux introduces an tool that allows developers to compare changes between branches, eliminating the need for inadequate schematic diagrams.

Paul F. Wood is CEO of Blightysoft and creator of Vershd – pronounced “ver-sh-duh”, but quickly all as one word.

“Vershd is a Git GUI that gives the developer perspective, insight and control over their code. The latest version builds on this capability, introducing a branch comparison tool. Branch comparison provides a clear, concise view of branches, meaning developers no longer need to interpret confusing tramline diagrams,” said Wood.

The latest version features a ‘dark mode’, which can reduce eye strain and screen energy consumption, useful for those working on mobile devices.

Whether it’s pushing or pulling from a repository, merging, or cherry-picking, Vershd is supposed to help smooth the daily workflow.

It helps to prevent errors and accidental deletions and stops developers having to rewrite hours of code due to one simple mistake.

“Vershd offers developers a simplified approach to managing repositories, including rewinding rather than reverting or resetting commits, which provides a simpler, clearer action and the option to preview changes before they happen. Working files, historic commits and stashes can be compared in many ways,” said Wood.

SaaSHub has hosted a Vershd vs GitKraken comparison analysis here — and a 30-day free trial is available at vershd.io. 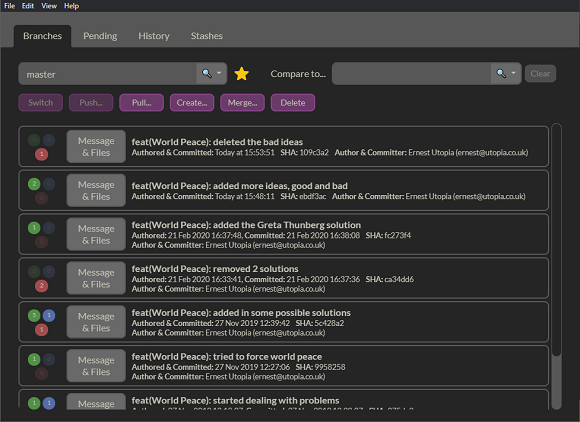