Simply saying hybrid multi-cloud (out loud) is one thing.

Creating an operational computing fabric capable of working not just across multiple cloud instances (that’s the easy part, right folks?) that truly makes use of, facilitates and empowers the mechanics and components of multi-cloud in contemporary container-centric computing environments for cloud-native developers to create a new breed of virtualised compute services is another.

Nutanix didn’t extend its cloud platform update description using that exact description (it’s arguably too informal, perhaps too ground-level and lacks the corporate gloss), but it got some way close.

The company has announced new features in its eponymously-monikered Cloud Platform that it hopes will accelerate the adoption of Kubernetes at scale.

There is now broad support for leading Kubernetes container platforms, built-in infrastructure as code capabilities and enhanced data services with performance, governance and flexibility all at the fore.

“Kubernetes deployments are inherently dynamic and challenging to manage at scale,” suggests Thomas Cornely, SVP of product management at Nutanix.

What, then, do we need to grasp in order to run Kubernetes at scale and cost-effectively?

According to Cornely, it comes down to what he calls ‘developer-ready infrastructure that seamlessly adapts’ to changing requirements.

Hmm, adaptable infrastructure is very much in the Nutanix wheelhouse, so what does the firm think our next move is?

According to a press statement from Nutanix, “Most Kubernetes solutions are not meant to support enterprise-scale [and], even less can do so in a manner that is cost effective.”

Given that Kubernetes was created in and off the time of cloud, with it’s inherent ability to work to web-scale, this statement may arguably need some clarification i.e. there are many issues with Kubernetes as noted here, with architectural complexity, operational complexity, configuration complexity and conceptual complexity being among the main concerns, but scale is not always called out as the major K-issue that we all need to worry about.

Nevertheless, Nutanix has specifically said that the Nutanix Cloud Platform enables enterprises to run Kubernetes in a software-defined infrastructure environment that can linearly scale.

Additionally, whether running Kubernetes on-premises or in the public cloud, Nutanix delivers a cost-effective solution that can help lower total cost of ownership by what is claimed to be just over half when compared to other native cloud deployment solutions.

The Nutanix Cloud Platform, with the built-in AHV hypervisor, now supports most leading Kubernetes container platforms with the addition of Amazon EKS-A. This builds on a large ecosystem including Red Hat OpenShift, SUSE Rancher, as well as Google Anthos, and Microsoft Azure Arc for edge deployments, along with the native Nutanix Kubernetes, Nutanix Kubernetes Engine (NKE).

Nutanix also announced an updated API family along with its SDKs in Java, JS, Go and Python, currently under development. This will enable automation at scale and consistent operations regardless of locationーin the datacentre, on the public cloud, or at edgeーboth of key importance to enterprises. Additionally, when combined with Red Hat Ansible Certified Content or the Nutanix Terraform provider, a DevOps methodology can be brought to infrastructure through automation leveraging Infrastructure-as-Code.

Nutanix Cloud Platform’s web-scale architecture enables customers to start small and scale to multi-PB sized deployments as application needs grow. It is the only platform to unify delivery of integrated data services with file, object, and now adding database services on the same platform for Kubernetes-based applications.

“Nutanix has launched Nutanix Database Service Operator for Kubernetes, which enables developers to quickly and easily provision and attach databases to their application stacks directly from development environments. The open source operator is available via artifacthub.io as well as by direct download at GitHub”, noted the company, in a press statement.

“Container development platforms promise faster application development speed, but will only be deployed by organisations who can maintain compliance, day 2 operations, and cost management control at scale,” said Paul Nashawaty, senior analyst at ESG. “Nutanix offers a compelling path to speed the deployment of modern applications at scale and in a cost-effective manner, with full choice of Kubernetes container development environments and cloud endpoints.”

As we have said through this analysis, all these (above noted) new features build on the Nutanix Cloud Platform’s ability to handle the dynamic demands of Kubernetes applications at scale.

Linear scale with resilience delivered via self-healing nodes and natively integrated persistent storage is the new cloud, or so we have been told here. 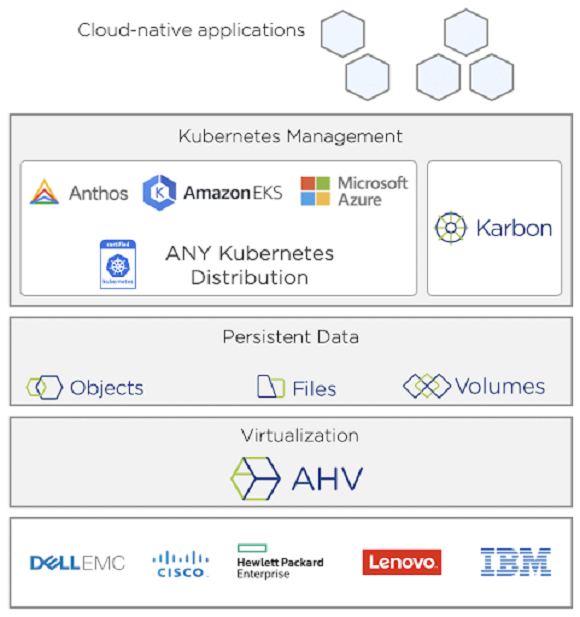