Prometheus defied the gods and stole fire from them to give to humanity.

This strand of Greek legend is a powerful thread.

Named with the intention of conveying a similar (if not even more impactful) level of power is Prometheus, a software application used to perform event monitoring and alerting services.

Prometheus records its metrics as time-stamped real-time values using a time-series database to create what is known as ‘dimensional data’ – this enables streams of timestamped values belonging to the same metric and the same set of labeled dimensions.

Prometheus is the invisible force that vastly improves the tech industry’s ability to monitor applications that power everything from e-commerce sites to databases.

As part of the news stream emanating from the KubeCon + CloudNativeCon conference and exhibition held in Detroit this month, Speakeasy Productions announced today the launch of “Inside Prometheus: An Open Source System That Changed Technology”, a documentary film that gives viewers an inside look at the journey from creation to mass adoption of one of the fastest-growing open source frameworks in the world.

This documentary gives viewers a firsthand look into the development of the Prometheus open source project, providing insight into how it (arguably) became a game-changer in the open source industry.

The film features pioneers, executives and engineers from the Prometheus and open source communities, who provide the origin story of one of the highest-velocity open source projects ever created.

“Technologies change how we live and work and the most important innovations in today’s computing are often invisible to the everyday user. The rise of the Prometheus project is a perfect example of that, ” said Josiah McGarvie, filmmaker and director of Inside Prometheus. “The power of film, and the benefits of storytelling, drive understanding, adoption, participation and, we expect, commercial uptake. We’re proud to bring this open source innovation story to everyone with the hopes of inspiring even more advancements.”

Work on Prometheus started in 2012 to solve the emerging problem of a lack of proper monitoring tools for modern software stacks.

Without proper monitoring, companies lack visibility into how to adjust or fix applications to improve performance. 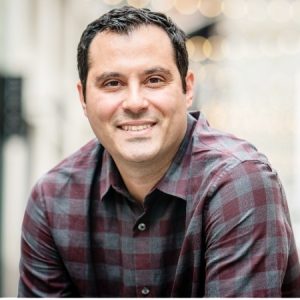 Torbin: Think of this documentary as ‘project sustainability & growth’ – The Movie.

A team of engineers at SoundCloud created an open source monitoring system to better discover system failures and outages.

Overcoming the daunting task of building a new monitoring system from scratch, the team created what would eventually become the Prometheus open source project and joined the Cloud Native Computing Foundation (CNCF) in 2016.

“Creating this film was both a labour of love and a chance to give back and help the project build and sustain its community and attract new contributors,” said Chad Torbin, executive producer and founder of Speakeasy Strategies, an international communications agency that represents developer-led companies. “An active and supportive community is the heart of any open-source project but great code is not always enough to bring developers to a project or build that community. With films like this, we hope to inspire the next generation of project founders and amplify the untold stories of their impact on shaping technology. Prometheus is one of those special projects we aim to support, with more documentary films to come.”

The film was made possible by technology providers and community leaders at the Cloud Native Computing Foundation, Chronosphere, Google, Honeypot.io and Red Hat.

To learn more and view the documentary, please visit the film website here.

CNCF executive director Priyanka Sharma, one of the specialist speakers featured in the documentary – Inside Prometheus: An Open Source System That Changed Technology.