Furnace is a free and open source platform for the creation of streaming data (you may prefer to say data streaming) applications.

Launched by the warmly named Furnace Ignite Ltd, Furnace itself is targeting the new breed of ‘data-rich’ organisations that need data streaming apps.

Furnace is an infrastructure and language-agnostic serverless framework that can be instantiated and operable in minutes.

It is aligned with GitOps methodology.

As defined here by WeaveWorks, GitOps is a way to do Continuous Delivery — it works by using Git as a single source of truth for declarative infrastructure and applications.

“With Git at the centre of your delivery pipelines, every developer can make pull requests and use Git to accelerate and simplify both application deployments and operations tasks to Kubernetes. By using familiar tools like Git, developers are more productive and can focus their attention on creating new features rather than on operations tasks,” notes WeaveWorks.

Back to Furnace, Ovum analyst Rik Turner says that from smart cities to marketing and security,  vast new pools of data are unused or underemployed, both because of the scarcity of developer talent and the enormous commitment of time and money currently required to bring a complex application to market.

Furnace is designed to reverse the trend of escalating complexity and costs of big data processing and storage.

As such, initial use-cases of Furnace include rapid and inexpensive fusion of data streams from disparate sources — plus also data filtration, sanitisation and storage, for reasons such as legal compliance.

“The platform has been architected in a way that allows it to be deployed into various infrastructures, be that cloud, on-premise or within hybrid environments, with the ability to ingest huge volumes of data from different sources, in various formats, so developers can take that data and make it useable. Furnace will continue to be developed to suit the needs of the open source community and we welcome user feedback on the platform,” said Danny Waite, head of engineering, Furnace Ignite. 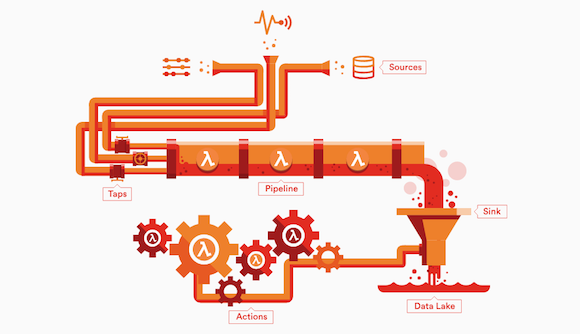