Cloud-native NoSQL Apache Cassandra data platform company DataStax has most of those… but this week it has a ‘technical achievement’, no less.

Not a term anyone would normally see on a product launch, the company has used this term in an attempt to explain why its Storage-Attached Indexing (SAI) advancement represents a fundamental shunt forward for indexing in Apache Cassandra.

Storage-Attached Indexing (or SAI to the data-cognoscenti) is highly-scalable means of achieving a globally-distributed index for Apache Cassandra that is available for DataStax Astra and DataStax Enterprise (DSE) databases. Data-developers (and data Ops pros) can use SAI to add column-level indexes to any column and almost any Cassandra data type including text, numeric and collection types.

The company has provided a Storage-Attached Indexing on Astra interactive scenario here.

The company states (somewhat obviously that) developers require a simple experience to use of Apache Cassandra for application development — it is used by some of the Internet’s largest applications.

DataStax also notes that Apache Cassandra is ‘hardened’ by the world’s top enterprises. This is the process of securing a system by reducing its surface of vulnerability, which is larger when a system performs more functions.

What is database hardening?

We need to remember that (in principle at least) a single-function system is more secure than a multipurpose one. So hardening involves reducing the number of extraneous (perhaps legacy, redundant or unnecessary) services that a database performs. A toughened hardened database also enjoys the benefit of conscientious DBAs who know their responsibility for reviewing every and all requested script and database changes in order to ensure that the security of the system itself and the applications it feeds are not compromised.

“Developers have typically faced a tradeoff between scalability, ease of use and operations when choosing NoSQL,” said Ed Anuff, chief product officer at DataStax. “Storage-Attached Indexing gives developers robust, new indexing that eliminates many of these tradeoffs, making development and data modeling in Apache Cassandra easier to use, while also increasing stability and performance and giving architects and operators fewer moving parts to manage.”

Storage-Attached Indexing is an index implementation that enables users to index multiple columns on the same table without scaling issues. It is optimised for storage and helps with Apache Cassandra performance and provides operational simplicity.

Tough stuff… and open source too. 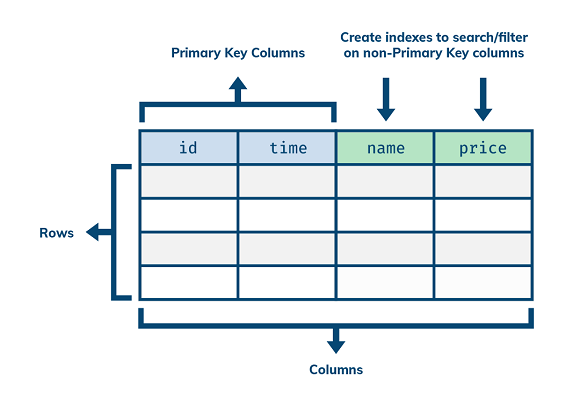