The question is not hard.

Why did nobody ever start a software application development business for coders to work with code and just go ahead and call it Coder?

The answer is even easier, someone did.

Coder was founded in 2016 to overcome the challenges of developer productivity and remote development – the company provides an enterprise platform and an open source project with over 53,000 GitHub stars.

Also is also known as the developer of code-server, Coder has now announced the release of a new open source project that gives developers and data scientists a consistent, secure way to create cloud workspaces.

The Coder developer platform claims to maximise productivity by eliminating the lost time and toil of setup – and reduces exposure to security threats – it does this by offloading development workloads from local workstations to cloud servers.

This enables developer environments to be set up (in minutes) with build, test and compilation done on cloud servers.

Source code and data are secured behind the corporate firewall. Coder provides teams with a platform to adopt remote IDEs (Integrated Development Environment) going beyond the code-server web IDE.

“Between development environments that have grown more complicated and dependent on external services and the need for higher velocity, seamless collaborations between teams often spread out over the world, demand for cloud IDEs has grown,” said Stephen O’Grady, principal analyst with RedMonk. “This is the opportunity that Coder is built for.”

Palantir Technologies cited the following benefits from its deployment of Coder in a blog post titled The Benefits of Remote Ephemeral Workspaces. 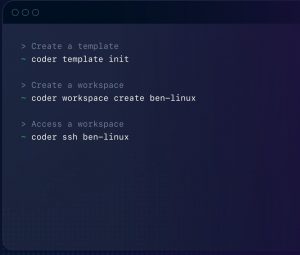 Coder is deployed globally across enterprises, from unicorns to Fortune 500, small businesses and the public sector including companies in software and technology, investment and consumer banking, gaming, the intelligence community, hedge funds, Big 4 consulting, asset management, oil and gas, IT outsourcing and the U.S. Department of Defense.

“We enable developers and data scientists to focus on writing code. All that’s required is opening a web browser, choosing a workspace template and then you’re ready to start coding. This eliminates the wasted hours, days, and even weeks of manual and error-prone processes typically required to get a developer workspace set up correctly, and another huge benefit is saving time on all the ongoing effort needed to keep everything up-to-date,” said Ammar Bandukwala, co-founder and CEO, Coder.

Coder moves developer workspaces to the user’s preferred infrastructure and centralises their creation and management to provide ubiquitous access, scalability and extensibility.

With Coder, developers use a single sign in, build a workspace in minutes, and begin coding through the browser IDE (Visual Studio Code, JetBrains IntelliJ/PyCharm, Jupyter, RStudio, others) on any machine anywhere. 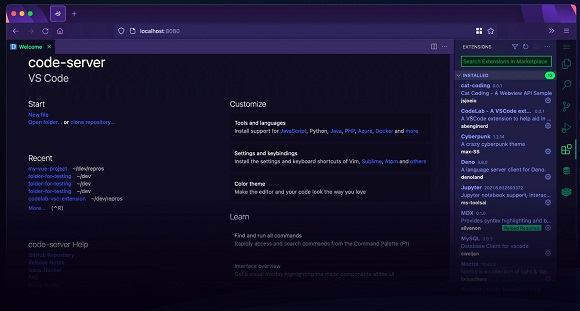