This status happens when the CNCF Technical Oversight Committee (TOC) votes to accept a given project.

It helps development teams manage, monitor and operate Kubernetes in a way that its team promises will require less technical knowledge and time.

A video explainer on Knative can be viewed here.

Knative was founded in 2018 by Google and subsequently developed in partnership with IBM, Red Hat, VMWare and SAP.

There is growth here… the project has reportedly enjoyed community contributions from more than 1,800 different individuals.

The project reached version 1.0 in November 2021, meaning all its repositories are designated by the community to be stable and suitable for commercial use. It is currently at v1.2, with periodic releases happening every six weeks.

A foundation of consistency

Production users include Alibaba Cloud, Bloomberg, IBM, VMware and others.

“Knative gives us a foundation of consistency,” said Andrew Webber, senior software engineer, deepc. “It should be possible for somebody with an algorithm to have it on the [deepc] platform in an hour.”

While they manage different tasks and outcomes and can operate independently, together, they help make Knative a powerful tool for dev teams and IT professionals.

“Following the recent achievement of reaching stability with Knative 1.0, we believe that joining CNCF is the next step in enabling the project to grow,” said Carlos Santana, Knative Steering Committee and DOCS-UX Lead. “Becoming an incubating project will encourage additional companies to adopt, contribute to, and evangelize the project. It will also bring the Knative community closer to other cloud-native projects in the ecosystem – including all the projects it builds on – helping to establish a virtuous cycle for feedback and features.”

“I’m proud to see end-users adopt Knative for production workloads and vendors bundling it into their products. Knative offers so much value to so many organisations,” said Dave Protasowski, Knative TOC and serving lead. “Having the project and trademarks finally be in an open foundation like CNCF gives everyone assurances of its independent future. I’m looking forward to seeing new contributors and further adoption by end-users.” 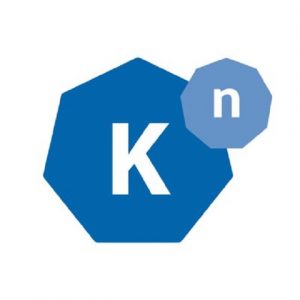 The project has a roadmap of new features for both Serving and Eventing.

A key feature of Knative is its focus on developer productivity. Knative Functions, currently in pre-release, targets optimised developer productivity and ease of use for the Knative building blocks of Eventing and Serving, bringing an event-driven faas-like experience to Knative. Functions leverage CNCF Buildpacks to convert the user’s application code to a container.

As a CNCF-hosted project, Knative is part of a neutral foundation aligned with its technical interests, as well as the larger Linux Foundation, which provides governance, marketing support, and community outreach.