The SDK is provided for software application developers working with automobile manufacturers in order for them to be able to build the Alexa-controlled intelligent assistant applications (and related smaller functions) into software systems intended to be deployed inside working cars.

As detailed on TechTarget, AVS and Alexa were first introduced with Echo, the company’s intelligent speaker, which enables voice interaction with various systems.

“We simplify building ‘voice-forward’ products by handling complex speech recognition and natural language understanding in the cloud, reducing your development costs and accelerating your time to market,” notes Amazon AVS.

What’s inside the SDK?

In terms of components and functionality found in the SDK itself, it will provide a runtime engine to enable data communication interactions with Alexa itself.

The SDK will also provide the necessary interfaces that developers will need to work with audio input controls and media playback… but the SDK is also intended to be potentially used to power the creation of voice-driven (let’s use Amazon’s term and say voice-forward) app functions that could include other automated operations inside a car such as air conditioning, electric windows and other ‘custom skills’.

According to Amazon, “The Alexa Auto SDK includes core Alexa functionality, such as speech recognition and synthesis, and other capabilities such as streaming media, controlling smart home devices, notifications, weather reports and tens-of-thousands of custom skills.”

The SDK is available on GitHub. 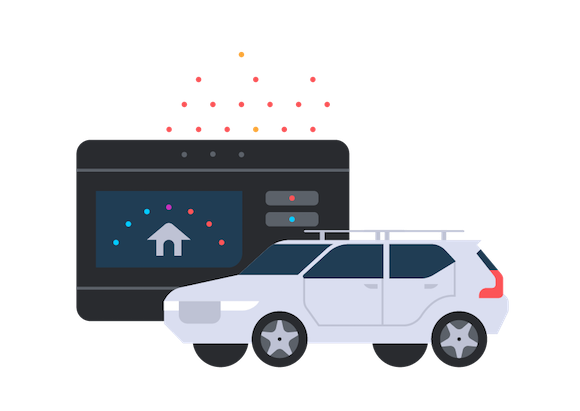