The trouble with smartphones – apart from the fact that some people drop them and break the screen, lose them in taxi cabs or generally misplace them throughout day-to-day life – is that they’re too small.

Bear with us, we know miniaturisation is important and nobody wants to go back to the early days of ‘carphones’ when you needed a cardio/endurance workout to get fit enough to lump your unit about any distance.

But, in general, if you’re a heavy-duty user (and you dear reader are on the Inspect-a-Gadget blog, so why woudln’t you be?), then standard 5.2”-inch smartphone really doesn’t have enough screen real estate.

We’ve been using a Huawei P20 Pro with its 6.1”-inches for some time now, but we’ve been longing for something with all the power, all the camera and app functionality and even more screen scope.

The Infinix Zero 8 has a truly supersized 6.85”-inch Full High Definition (FHD) display known as an ‘esports-class display’, with esports referring to online smartphone gaming use.

Infinix might be marketing this product as a (and we quote) ‘versatile entertainment machine’, but we found this device to very usable as a work machine… and this review was written on the device itself using Google Docs for Android and a full-size Bluetooth keyboard.

Known officially as the Infinix Vision Master Zero 8, this is the company’s flagship device for 2020. The four-lens quad-camera around the back has 64-megapixel sensor for fine details – and front-mount dual-selfie camera features 48-megapixel + 8-megapixel resolution for ultra-wide-angle selfies or group shots.

It’s important to remember that when you buy a smartphone these days you’re also buying algorithms, especially in the camera app functionality. With this device, Super Night Mode means good pictures even in challenging,  low-light conditions.

“Thanks to the lossless image quality made possible by the Zero 8’s RAW algorithm, which faithfully produces true-to-life images in virtually any condition, your photos will grab every detail. With the Bokeh effect, 3D beautification, eye AF and AI detection features, the Zero 8’s 48-megapixel ultra-wide-angle front camera combo can help you live your best life and capture flawless, fun selfies. Vidhance powers the camera’s image stabilisation, which combines an embedded high-precision gyro-stabilizer and Electronic Image Stabilization (EIS) 3.0 for steady and detailed video footage, giving you perfect takes every time,” notes the company, in a press statement. 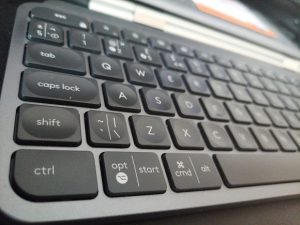 The Zero 8 is powered by the MTK Helio G90T octa-core processor with high-power cores clocked at up to 2.05GHz.In its top-spec configuration this smartphone includes 8GB RAM + 128GB Storage.

For gaming experiences, the Zero 8 features the world’s first chip certified by the testing organisation, TÜV — and the device seamlessly switches between Wi-Fi and mobile data, for stability when gaming-on-the-go.

According to Infinix, “With a 90Hz refresh rate combined with a 180Hz touch sampling rate and 480-nit brightness, the Zero 8’s display is visually stunning, offering a silky-smooth experience regardless of whether you’re gaming, watching videos or surfing the web on it. Even when the heat is on during an intense gaming session, the Zero 8 keeps its cool with its state-of-the-art multiplayer 3D liquid-cooling system.”

Inside, the 4500mAh large-capacity battery lasts all day and with its 33W SuperCharge speed, the Zero 8’s battery recharges rapidly powering up to 70 percent in 30 minutes.

Infinix says it drew inspiration for the Zero 8 from the iconic Louvre Pyramid — so the device has a diamond mosaic look.

Any niggles or nasty niblets then?

Well, a couple… we like to make sure that all our apps are in folders and so the whole app functionality selection pack can be selected from one single ‘homepage’ screen. Infinix has allowed the user to drag every app conceivable into a folder and put whatever name on the folder you chose (vision, sounds, system, games, images and so on) apart from two: the system-installed ‘Cleaner’ app refuses to be placed in any folder and has to sit out on its own… and it’s the same with the ‘Freezer’ app, which appears to be like version of App Freezer, a function to allow you to free up space.

A phablet by any other name?

So does this size rating make the Infinix Zero 8 make a so-called phablet (i.e. a smartphone that provides user feel akin to an iPad mini or other 8”-inch Android type device) when in the hand?

We say no, this is not a phablet, this is a large smartphone that gets it just about near-perfect on size. After 7”-inches smartphones start to enter the new area of ‘foldables’ and we won’t go there here. Infinix could have probably extended the device from 6.85” to 7”, but who’s to argue over 0.15” of an inch, which is 3.81 millimetres – or roughly two strands of spaghetti.

If you like to go large, the Infinix Zero 8 is at the supersize end of the smartphone market with all the right bells, buttons and whistles. 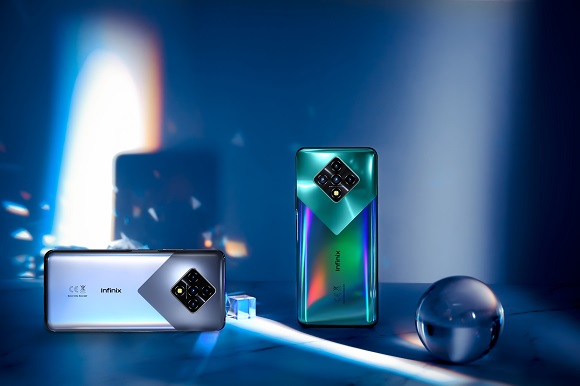