There are use cases for technology that even the developers and manufacturers behind products probably never even think of.

British ruggedised handheld and tablet specialist Conker may not have considered just how many scenarios people can benefit from having a toughened device in.

Or perhaps the company does just realise that people take smartphones everywhere these days and (judging by the amount of cracked screens that anyone can spot on any given day) they do get dropped.

Picture the scene, it’s 5.55 am and the Inspect-a-Gadget test team is cleaning its teeth and performing its other course of ablutions before hitting the keyboard. Having already cracked the casing on a very nice Logitech iPad cover by dropping it during early morning usage – we grabbed the Conker ST60 instead.

The thing is, it’s nice to get the 6 am news (BBC Breakfast if you happen to be in the UK) while you’re getting focused on the day… and so propping your smartphone on the bathroom towel rail means it ought to stay there right? Wrong, we’ve broken a couple of things doing this.

Official documentation notes that the Conker ST60 has been drop tested up to 1.2 metres onto concrete. Conker CEO James Summers says that the device can outperform that drop test, but he’s happy with the official figures.

“But, hey, thanks, yes, it is tough enough for bathrooms and far beyond,” said Summers, when we told him that Colgate stains wipe off pretty fast too. “In fact, in my line of work, people often tell me what they get up to in their bathrooms, so thanks for the insight,” he added.

Coming in at £399.00 from Conker directly, the ST60 is super-tough and can even withstand a plunge in the shaving bowl – thanks to its rubberised USB-C and SIM card seals and flanges, this Conker is fully waterproof to 3-metres. It’s also sand, dust and dirt resistant… and shaving whiskers too.

According to Conker, “Born rugged and waterproof to IP68… this rugged Android smartphone is completely impervious to ingress from dust and water. You can submerge to 3 metres and leave it  there. The question isn’t ‘will my smartphone be ok’, it’s ‘who’s going to retrieve it’.”

Looking more directly at some of the specs, the Conker ST60 is IP68 (Ingress Protection) rated, offers 28 hours of video playback and is PTT (push to talk) ready with a vehicle mount accessory.

Increasingly businesses (especially outdoor ones such as construction and entertainment ) are relying on VoIP applications for ‘walkie-talkie’ like operation over 4G LTE cellular network. Although this technology can be deployed using on-screen ‘soft’ buttons it means unlocking your phone and tapping the screen.

“With a dedicated ‘hardware’ PTT button you can activate push-to-talk. The feel of a button is always more intuitive than a touch screen and you can access your voice application in fewer steps,” claims Summers and the Conker team.

There’s a teardrop front camera, a good quality 6.1-inch 1600×720 display screen (made with Corning Gorilla Glass 3) and the device is built with an 18:9 narrow bezel. The units runs the latest (at the time of writing) Android 10 operating system and has a MediaTek Helio A25 OCTA-core processor (MT6762D).

As well as GPS and GLONASS positioning, there is 4GB RAM and 128GB of storage… expandable storage runs up to +128GB with micro SD.

There’s no headphone jack, because that would just be silly, this is a sealed unit and we all have Bluetooth headphones these days, right?

A Sony IMX214 13MP rear camera joins a Samsung 5E2 5MP front camera and the whole thing weighs just only 150g, so about the same as a standard packet of Oreo Cookies… and paradoxically, both can be successfully dunked into milk. 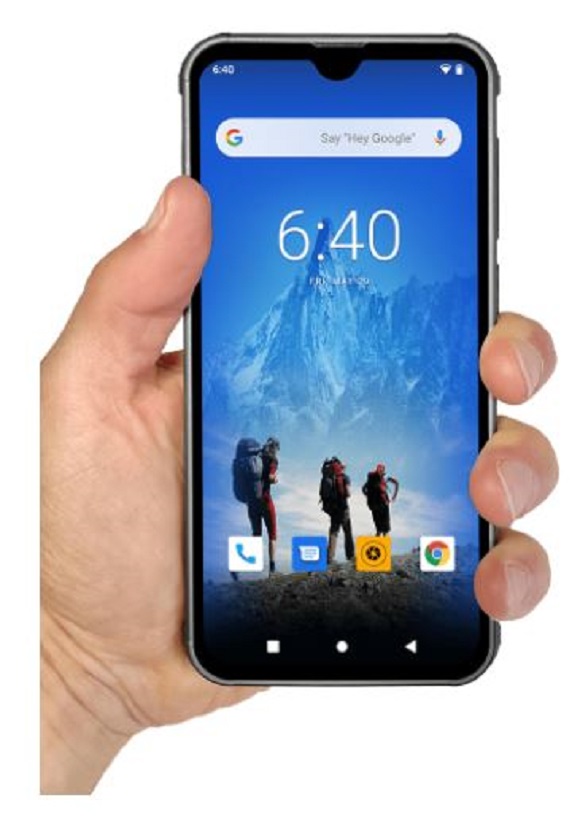 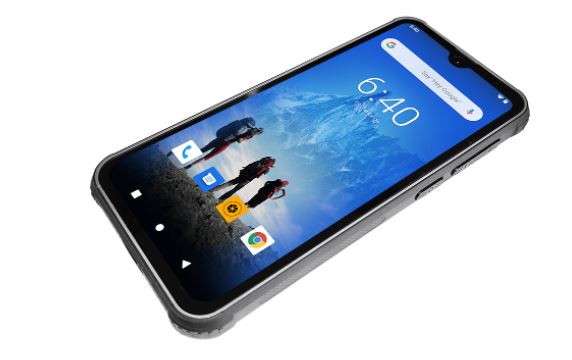 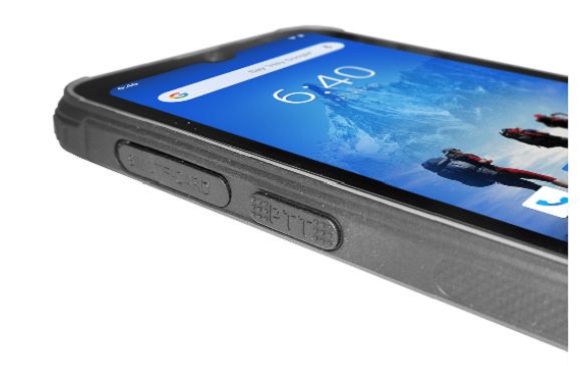