There’s a certain breed of user that likes to ‘tool up’ to the highest possible level, even if they’re not always found on the side of a mountain. You know the sort of person… you’ve seen them walk through an airport with an Osprey backpack clicking away with military-grade carabiners, but really they’re just off to visit their parents.

It’s the same with watches, four-by-four SUV drivers and people who buy shoes that could survive a night spent trudging through permafrost; some people just like to be prepared.

Could the same behaviour also be found among IT equipment buyers? If so, then it makes the case for us buying more ruggedised equipment from laptops to tablets to smartphones.

Whether you happen to be Bear Grylls or not, the Doogee S98 Pro smartphone might be an appealing option, especially if you’ve come unstuck with broken screens or (as actually happened in our case) a model from one manufacturer that literally shed its back panel and revealed its internal guts.

How to say Doogee

It’s a tough one to pronounce, but it’s definitely not doggy or doogie, it’s either ‘doo-gee’ or ‘doo-jee’ and the company has roots in both Spain and China. Some sources say the D comes from ‘decided’ the OO represents infinity and the ‘ee’ comes from a cowboy yee-haw. Either way, just like Daewoo, Hyundai, Xiaomi and others, it’s a name we might have to get used to.

The Doogee S98 Pro smartphone picked up a European Good Design Award and the device itself is undeniable meaty.

Before we get into features, let’s start with the out of the box experience. The Doogee S98 Pro copies over data and apps (and some settings) from another Android smartphone via use of a USB-C cable inserted into both devices. This happens as a natural part of its standard set-up and it works just fine. Initially some apps (and even the settings function) work very slowly, but this is temporary as the phone is still just setting up – there’s no warning about this, apart from us saying it here. The whole set-up procedure takes no more than about 10 minutes.

Perhaps eyeing the Huawei approach to ‘it’s a phone, but we know it needs a great camera’, the Doogee’s rugged smartphone range includes a professional-grade thermal camera, flanked on either side by a 48MP SONY IMX582 primary camera and a 20MP SONY IMX350 night vision camera. 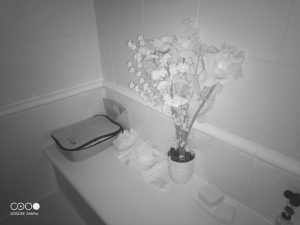 An actual test shot that was taken in a pitch black room for this review.

Yes, that was a night vision camera. If that’s not something you thought you needed until now then you might be wrong (especially if you were outside using this ruggedised unit in the way it was intended) and it really does work in 100% pitch black darkness to produce clear monochrome images.

According to the company, it made the decision to use an InfiRay sensor because it offers more than twice the thermal resolution of any ot

her thermal sensor on the market. Its high frame rate of 25Hz ensures pictures are detailed to be able to properly detect and diagnose dampness, elevated temperatures, blockages etc. It comes with the Dual Spectrum Fusion algorithm makes it possible to combine images from both the thermal camera and the main camera into one picture.

This dustproof, shockproof and waterproof rugged shell is available from summer 2022 and is priced at an official US$500 at the time of writing from the DoogeeMall but with others including AliExpress offering the unit at close to £350.

It’s an arguably neat new term – three-proof i.e. meaning proofed for toughness against dust, shock and water – so dustproof, shockproof and waterproof. That equates here to the IP68 standard which breaks down to the following:

Inside the phone, MediaTek Helio G96 runs the show. It is an octa-core chipset capable of reaching a clocking speed of 2.05GHz, meaning it is capable of gaming. It is paired with an 8GB + 256GB memory for faster and more seamless operation. The storage can also be expanded up to 512GB using a micro SD card.

The device will come with a 6000mAh battery and a 33W ultrafast type-C charger. Wireless charging is available with support for up to 15W. The S98 Pro sports a 6.3” FHD+ LCD IPS waterdrop display with a Corning Gorilla Glass layer for protection.

The smartphone comes with other nice features, such as a custom button, NFC, support for 4 navigational satellites (BeiDou, GALILEO, GPS, & GLONASS), IP68, IP69K ratings and MIL-STD-810H complaint. The phone will also run Android 12 out of the box with up to 3 years of security update guarantee from the company.

It’s not light (320 grams), but what would you expect from something as tough as this?

We set up this device very easily and like the toughness aspect a lot. Even if you don’t make this your main device, the waterproofing and drop text (10 metres onto concrete is no big deal for the Doogee S98 Pro) would make it a great option as a holiday device, or obviously, you could climb a mountain with it if you do look in your passport and find that you are in fact Bear Grylls.

We borrowed this device for a week and would like to road test it more thoroughly on an international summer trip for sure. 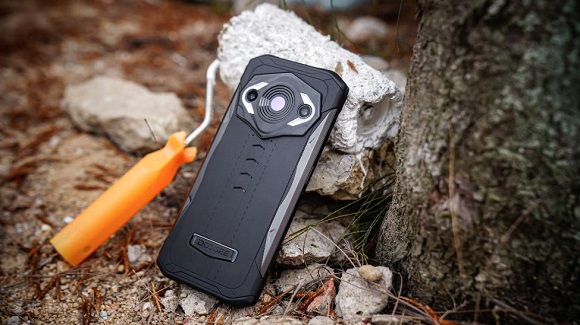 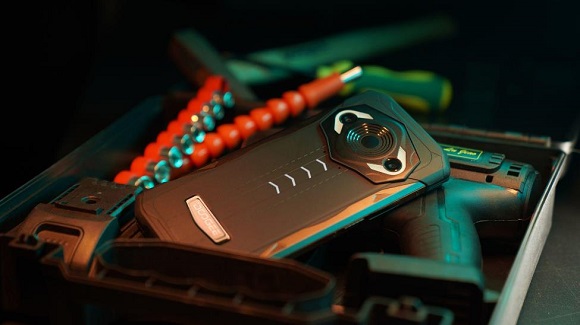