This is a guest post in Computer Weekly’s circular IT series written by Reza Shafii, VP of product, Kong, a company for its cloud connectivity technology.

In this series, we aim to examine all aspects of the circular economy as it traverses every aspect of the information technology industry, which means we will ask circular IT questions of gadget manufacturers, PC makers, peripheral specialists and (as is the case here) also the companies working to create (and manage) the enterprise software backbones that we all exist upon across the web and the cloud.

TechTarget reminds us that Kong is an open source API gateway and platform that acts as middleware between compute clients and the API-centric applications. The platform extends the capabilities of APIs with the use of plugins – and Kong is used by developers and software product owners to create portals to APIs, manage them and adjust for scaling.

As it is commonly observed, the last 10 years have seen an undeniable shift towards a subscription economy.

Although this shift has been most noticed and publicly promoted in the consumer world, it has also been a major trend of change in the B2B world.

That is, just like in the consumer world one now is encouraged to subscribe to ongoing payments for (let’s say) something as simple as playing Tetris on your phone or having updated maps on your car’s GPS, the same trends have been taking hold in the B2B world and this shift has come in two phases.

The first phase was in the 2010’s where enterprise software licenses that were bought for perpetuity were replaced by subscriptions to the same software. 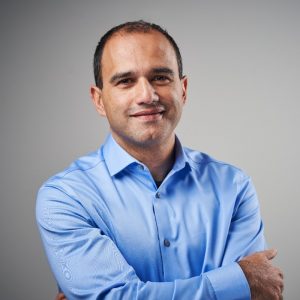 This first-phase trend of the software subscription revolution was fueled by the rise of open source as well as Software-as-a-Service (SaaS) enterprise / B2B products, both of which inherently require a subscription model for monetisation: open source because a significant portion of the value being monetised are in support and service which is naturally geared towards a subscription model; and SaaS since delivery of the capability is provided, as the name suggests, as a service over the internet, rather than packaged software that is ‘owned’.

I would argue that in the past two to three years we have been entering the second phase of the shift of B2B software towards a subscription-based model and that phase is driven by two underlying forces.

The first force is the power of a micro approach to software usage.

Enterprises are becoming smarter in understanding that they are not necessarily using the full set of capabilities of the myriad of ‘platforms’ offered by previous generation B2B software and services. As such they would like to cherry-pick and subscribe to use only the capabilities they need and expand their usage through an incremental buy-in model.

The second force is that of Product Led Growth (PLG), where enterprise software is no longer adopted via top-down CIO or business unit executive mandates, but rather from the ground up by the grass-root users who want to see real value in the capabilities of the software and pay for that value incrementally and on a metered approach.

Both of these forces are further fuelling the rise of subscription-based B2B software and will transform the phase 1 models of subscription sales that were based on the whole platform and/or non-metered, pay-as-you-use approach.

The circular IT payoff

If we think about how this second stage is now playing out, it is (I hope dear reader) not wholly unreasonable to suggest that there is greater efficiency in micro-compute cherry-picking i.e. it leads to less Capital Expenditure (CapEx) wastage and (hopefully) it also paves the way to less power wastage and a more planetary-aware use of all resources.

It’s a slightly cerebral circular IT payoff, but it’s real one, so let’s champion micro-compute cherry-picking and get better tuned in terms of our IT usage.