Perhaps no more than a decade ago, the notion of ‘smart cities’ probably implied thoughts of which metropolitan areas could be said to have the greatest density of schools, colleges and universities.

You want a smart city? Okay, how about Oxford, Cambridge, Massachusetts, Washington DC, Paris and so on.

But that’s (obviously) not what we mean by smart cities today.

In this post-millennial age, we define a smart city is a municipality that uses information and communication technologies (many of which will gravitate towards the Internet of Things (IoT) and the data backbones that serve it with application processing, data analytics and increasing amounts of AI) to increase operational efficiency, share information with the public and improve both the quality of government services and citizen welfare.

Given the rise, both virtual and physical, of smart cities… what key tech drivers should software application developers be thinking about for this sector if they want to tap into it on the road (or information superhighway) ahead?

Data privacy and cybersecurity will be right up there. As more people are connected with more devices, the potential for us to interconnect in new ways is almost limitless… but, with every connection comes additional potential risk. How we lock down the smart city networks of the future is a big question.

What we mean by this question is, yes, we are used to operating many of our applications and services over essentially cloud-driven channels that span as wide as the web (hence the term web-scale), but have we also engineered enough cloud provisioning, optimisation and management to be able to handle gargantuan smart city device data workloads when they come?

Related to the above, the wider question of how device data management will cope could also be central…

… add in the elephant in the room that is the forthcoming proliferation of 5G and you can see why we’re about to have a new set of technology platform challenges on our hands with respect to smart cities.

Other key software platform cornerstones in this area will of course include blockchain. Exactly how we use the immutable ledger intelligence that blockchain gives us to create more solid networks of data relating to smart city development remains to be seen.

We can’t miss RPA here, so we haven’t. When we look at the implementation of Robotic Process Automation (RPA) in smart cities, we’ll need to ask where it can shoulder human tasks in what could be increasingly computerised world.

All of this… and we haven’t even mentioned autonomous vehicles, drones, intelligent water desalination plants, conversational AI and Natural Language Understanding (NLU), the drive towards XaaS (everything as a service) and the wider push to deliver pristine User eXperiences (UX) across every layer of the new smart city fabric… so we just did.

Although we’re thinking about smart city aspects including software defined networking (SDN) alongside the IoT, deep learning and new intelligent services fabrics, we’ll also need to keep Greta happy and make sure that we stay carbon neutral and green throughout the next phase of smart cities.

It’s a strong time for developers (both construction workers and for computer programmers) in terms of smart cities, so let’s get the glossy (but essentially virtual) brochure and look around. 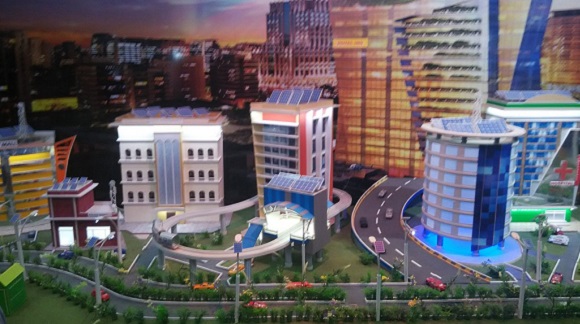