This piece is written by Tejas Gadhia in his role as lead developer evangelist for Zoho Corporation – a company known for its web-based software solutions, platform and tools.

We know that low-code/no-code (LC/NC) technology has evolved in recent years. What was once used as a technology framework that enabled business users to build practical low-impact internal apps is now being deployed in new, innovative mission-critical ways by IT teams of successful organisations to gain speed and agility in their business.

There are two key factors driving this shift.

For one, IT teams are expected to do more on both the enterprise IT infrastructure side as well as application development side. This is further extrapolated by the serious lack of skilled IT resources in the market. Therefore, to be more productive and cover more ground, IT teams are leveraging LC/NC platforms that encourage business developers to contribute towards application development, thus reducing their role to that of a governing entity.

Secondly, LC/NC platforms are now much better equipped in terms of both functional and design capabilities.

From being suitable for just internal B2E (business to employee) applications, they are now capable of helping developers build genuine customer (and other external stakeholder) targeted apps by abstracting complexity and increasing usability.  This breaks down knowledge siloes and enables both business users and IT teams to work in tandem to create and deploy apps.

This in turn cuts down go-to-market time and improves the quality of output.

However, LC/NC has by no means hit its ceiling in terms of potential. Some of the key areas we expect platform vendors to focus on in the near future are the following:

While having a good grasp of the business process is enough for citizen developers to start building custom apps, most do not understand the mechanics behind building apps with a strong foundation capable of scaling with growing processes. 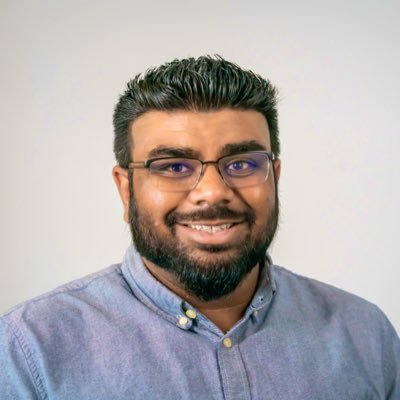 Zoho’s Gadhia: Component libraries, integration complexities and dependency considerations are not just for Christmas and not just for developers – they need to be democratised for all users.

One way to tackle this is for IT to handhold them through the development process, but that’s not ideal. Hence, platforms will need to introduce features that help business developers build better apps from within the platform. For instance, an AI-driven in-platform assistant to handhold citizen developers during application development by prompting inconsistencies, dependency errors and best practices, would be a much welcome addition.

Such a feature will drive better engagement from citizen developers and ultimately pave the way for them to build scalable apps.

The end-user experience is ultimately the key attribute that dictates the success or failure of a tool or application irrespective of the audience it is catering to.

Therefore, we can expect to see LC/NC platforms further their initiative to introduce features that help developers build great digital user experiences suitable across B2B (business to business), B2E (business to enterprise) and E2E (enterprise to enterprise) use cases.

For instance, a library of pre-built or published application components can instantly help users design the app’s granular details to elevate the end-user experience of the app.

Similarly, we could expect to see Machine Learning (ML) capabilities baked into the DNA of an application, to drive faster decision-making by feeding proactive insights based on precedent and trial-and-error to the end user.

While citizen developers contribute to the development of business apps, IT teams are still the sole owners responsible for maintaining and controlling the integrity of the organisational technology landscape. Compromising on this would mean rogue IT that leads anywhere from siloed and sub-optimal app ecosystem to critical compliance and privacy failures that can shut businesses down.

Hence, it is up to the LC/NC vendors to keep adding in controls that not only help IT teams define critical guardrails and policies at an organisational level but also provide one-click compliance configurations relevant to regions and verticals based on the use cases handled by the application built on the platform.

Finally, in terms of what’s coming next… we expect platforms to bring in capabilities that help developers go beyond building just apps to building complete solutions in a low-code way. For instance, integration and analytics features in an entirely LC/NC way. At present, these capabilities are accomplished with engines residing outside the LC/NC platform limiting its utility to business developers. But, having them incorporated inside the LC/NC spectrum will help development of connected application ecosystems that help businesses make insights-driven decisions.

As organisations continue to benefit from LC/NC platforms, we expect demand for these new features, which essentially enable better synergy between IT and business team, to surge. In the next few years, with such capabilities, we expect these platforms to take a larger seat in enterprise digital strategy.