If that sounds like a mouthful, that’s because it is; but the above proposition probably only scratches the surface in terms of what’s actually happening.

As complex as our supposedly simpler and more automated IT stacks have become, it is the technology fabric’s ability to actually connect that defines its ability to be the next-generation modernised toolset that we demand.

This is the opinion of Peter Coppens in his role as VP for product at Colt Technology Services — a company known for its cloud based voice & data network operations connectivity technologies.

Colt’s website claims the firm’s services are used by more than 25,000 customers in 212 cities, with its network spanning four continents and 32 countries.

Coppens argues that reliable connectivity is a foundational building block for any cloud transition project, “Connecting the enterprise to the cloud is the cornerstone first-base action for any business that seeks to take advantage of modern technology practices harnessing containers, microservices and the more ephemeral end of the software application development spectrum.”

Pointing out that, in the past, networking at the transmission layer was a monolithic component, Coppens explains what has been developing.

“We used to think of the transmission layer in terms of what you might call ‘unbreakable entities’. What I mean is, we start from A-end port, we move to a service… and we ultimately end up at B-end port. All of those entities would exist in the network and there would be a buying and delivery time horizon (in terms of the procurement of equipment to deliver those functions and the time it takes for deployment and testing) of weeks,” said Colt’s Coppens.

But he says, times have changed.

“This monolithic transmission layer age is changing now, the transmission is getting de-composed into several components – ports and service – that are consumed separately. So if we also consider the increasing influence of software on networking and the rise of software-defined infrastructures, we can see that the composable nature of computing itself actually starts down at the base layer of the network upon which it is built,” said Coppens. 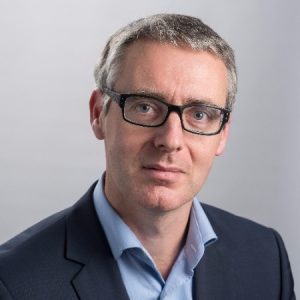 Colt Technology’s Coppens: The core ‘buying window’ of the network itself has changed.

The suggestion here from Coppens and the Colt team is that the core ‘buying window’ of the network itself has changed.

In real terms, the technology proposition here is not necessarily referring to a complete network (although it could easily be), it might be an enterprise cloud instance, it might be a wider cluster of instances, it might be a smaller cloud application component, or it could be an even smaller microservice or simply a related dependency connection or library.

“It doesn’t matter which tier of the cloud we’re talking about in that sense, what matters is that the ephemeral nature of computing is underpinned by an ephemeral nature of connectivity. This is the point at which the buying and delivery time horizon for the cloud network is now becoming near-real time, as enterprises set up and tear down connections aligned to their cloud needs on a continually dynamic basis,” concluded Coppens.

It’s a sobering thought for everyone isn’t it?

The average user on their smartphone will rarely stop to think about the near-real time network substrate shifting and interconnecting to serve their ever-changing application requirements.

This is the cloud-native era of connectivity and it is required to serve the way the ephemeral composable stack is developing with a new transmission 2.0 connectivity layer beneath it.