This is a contributed piece written for the Computer Weekly Developer Network in follow up to our Low-Code/No-Code (LC/NC) series written by Steve Wood in his role as SVP of product management at Slack.

If we look at the environment in which low code was born, we go back to the emergence of business process management (BPM).

A predecessor of low code, BPM was expected to be game-changing technology to allow business analysts to build with no technical skill or coding required. While BPM held the promise of being the solution to automate large processes, such as compliance, that any business analyst could use without technical skill, it never really fulfilled its promise.

Instead, in order to fulfill the dream, BPM vendors needed to solve the data and application integration challenge and a litany of middleware problems, inherent with on-premise infrastructures. This resulted in BPM being a complex solution that could only be deployed for complex process improvements.

As cloud vendors introduced APIs to solve our integration problems, low-code vendors became an escape valve for an increasingly frustrated ecosystem. However, APIs and cloud solutions initially complicated things, but now that the cloud is dominant and APIs are established features, application vendors have solved a lot of the problems for us.

This has allowed low code vendors to finally realise the dream. 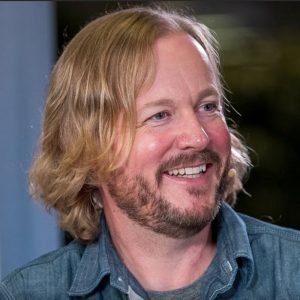 Consumerisation of IT has set expectations that end users can change software to work the way they want and with costs dropping, it has become easier to access services across all devices. So while vendors in low code have fulfilled the dream, the tool is still too difficult to create and too expensive to implement. Ultimately, the approach needs to pivot from focusing on the tool to focusing on the outcome.

This leads us to the rise of solution-driven approaches that can be remixed and reused.

People simply don’t want to build templated apps or workflows. They want instant gratification – they want the thing that will solve their root problem. Full stop.

This leads me to believe that low code as most know it today is on its way out. We’ve entered the next, more focused phase of low code platforms – one that’s template-, solution- and outcome-driven. While low code vendors may think people are excited to build with low code tools, there’s a much larger cohort of people that just have a problem they’re looking to solve. Now, we’re getting to the extremes of template-driven low code. It’s really not about users wanting low code tools to be easier; they don’t want the tool at all. What they do want is the outcome to be easier to achieve.

So then, logically, with all this being said, I expect the next phase of low code will be more focused on use cases.

Like any trend in technology, something appears and people want it. Yet too often, it’s more complex and too difficult to achieve. The next phase of low code will be hyper-focused on identifying actual business use cases and giving users the tools to act on them without having to build at all.