Wandering the partner pavilion areas is a pleasant enough distraction at any IT industry trade show.

Attendees dart between stands grabbing packets of branding-sponsored jelly beans, T-shirts and various freebie cables and nik-naks in an attempt to pocket or bag the give-aways before the stand personnel can scan the QR codes on their badges… and so sign them up for a lifetime of emails and unsolicited white papers and so on.

Aside from the ritual jelly bean grab, there’s also usually a peppering of news.

Nutanix held the European leg of its .Next conference and exhibition in London’s expansive ExCeL centre this November 2018 and the partner pavilion was full of both news and jelly beans.

Nlyte Software (sounds like it should be pronounced ‘nil-tee’ but in fact it’s N-lite) is a computing infrastructure firm.

The company used its appearance at the show to showcase Nlyte Insight for Nutanix – a purpose-built extension for use by Nutanix Prism users.

The new Nlyte offering is supposed to enable organisations with Nutanix Prism deployments to gain an understanding of their critical infrastructure and how it impacts the workloads being managed by Nutanix.

“Nlyte Insight for Nutanix gives organisations transparency on the specific resources supporting their varying workloads and virtualisation instances. This is essential in order to bridge the gap between critical infrastructure and IT operations,” said Rob Neave, CTO and VP of product management.

With insight across all Nutanix workloads, Neave claims that Nlyte can act as a ‘manager of managers’ for critical infrastructure applications to depend on.

Far easier to pronounce (but arguably no less complex in terms of cloud) is Arcserve. The company is known as a data protection provider and it has now announced its integration with Nutanix AHV.

This collaboration is supposed to allow organisations to get fully-integrated data protection with capabilities for cloud mobility, flexible recovery and migration – plus there’s also disaster recovery testing and reporting.

Karonde also notes that this integration provides agentless backup of Windows and Linux workloads running on Nutanix AHV. It also allows for flexible recovery to virtualised and cloud environments such as VMware, Amazon AWS, Microsoft Azure, Microsoft Hyper-V or Nutanix AHV itself.

Yes there were plenty more partners at the show, but these three were the most visible in terms of media activity… and we didn’t even get a t-shirt.

Big Switch also attended the show to explain how it is working with Nutanix.

The company is using ‘public cloud constructs’ as first principles [as in, design and development reference bases] for architecting enterprise private clouds.

The company claims to have a hybrid-cloud solution in the form of so-called Big Cloud Fabric BCF), which employs Virtual Private Cloud (VPC) on-premises technology, along with an integration with Nutanix AHV.

“BCF provides advanced network automation and real-time visibility, which removes bottlenecks typically experienced with traditional network designs that are manual, switch-by-switch architectures, based on traditional CLI commands. With BCF the network operates at the speed Nutanix clusters,” said the company, in a press statement. 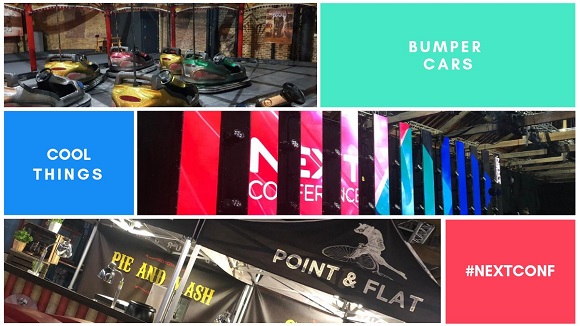