This Computer Weekly Developer Network series features a set of guest authors who will examine this subject. This post comes from Clemens Mewald, director of product management for machine  learning and data science at Databricks – the company was founded by the creators of Apache Spark in order to provide an alternative to the MapReduce system and provides a just-in-time cloud-based platform for big data processing clients. Databricks’ technology is used by developers, data scientists and analysts to help users integrate the fields of data science, engineering and the business behind them across the machine learning lifecycle.

There is a gold rush in the developer tools industry to invent the canonical developer toolkit for AI developers (developers who build and deploy products utilising AI; think Data Scientists, ML Engineers and the like). As the thinking goes: All future products will utilise AI to some degree, so the vendor with the best AI developer toolkit will be the next Microsoft. While this gold rush is keeping some of us, including myself, busy, all other developers are wondering what AI can do for them.

AI being applied in developer tools is nothing new of course. In this post I’d like to suggest four maturity levels, provide some examples seen in the wild and suggest some bold new directions.

The four maturity levels of AI (in increasing order of difficulty) are:

There is a category of AI applications that are humbly working behind the scenes. One concrete example is particularly interesting because it is AI applied to developer tools for AI. When AI developers use a distributed Machine Learning framework like TensorFlow, one of the most important aspects for the performance of their algorithms is how the computation is placed on different hardware (e.g. which computation do I run on a CPU vs. a GPU?). Deep within TensorFlow itself, there are methods to use Reinforcement Learning to perform this device placement task (example paper). This happens transparently to the developer who can simply enjoy the performance benefits. 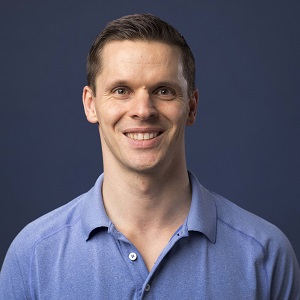 Clemens: knows his AI (at the coder level)

Most modern IDEs support autocomplete to some degree, which is simply a ranking problem. AI is particularly good at ranking problems and can help incrementally improve this feature. Atlassian, the maker of software development and collaboration tools, uses Machine Learning models trained on Databricks to rank @mentions in Jira and Confluence. When you assign a Jira ticket to another developer it ranks all available developers by the likelihood they’d be the correct assignee, accelerating your workflows.

Previously inconceivable features are where things get interesting. This is the type of AI application that you couldn’t have solved with simply applying heuristics or counting (like the most basic ranking algorithms). At the risk of blurring the lines between level 2 and 3 I would suggest that the leap from basic autocomplete to auto-suggest features like Gmail’s Smart Compose is big enough to warrant the “new feature” label. Sounds futuristic? Several products are already well down this path, e.g. TabNine.

Finally, what types of developer products can be conceived with the knowledge of what AI can do today and in the near future? As we make progress on multi-modal generative models (did you know you can use GPT3 and GANs to generate portraits?), how outlandish would it be to expect some advanced form of model-based code generation (a model, in this context, being a visual representation of the logic to be implemented)? Or, better yet from a Product Manager’s perspective, a PRD-to-code-converter?

So the goldrush for AI developer tools is still on.