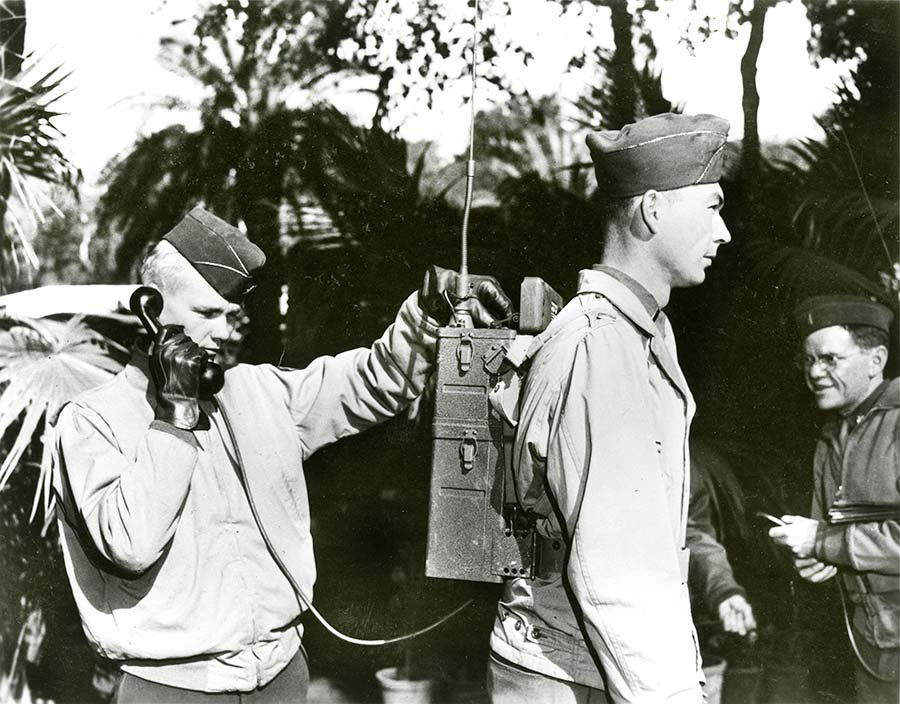 According to a letter to Motorola Archives from Roger M. Nordby, Glencoe, Illinois, dated Aug. 29, 1994: "The photo was taken in 1943, in Italy. I am the officer (captain) on the left. I was staff radio officer for the Fifth Army HQ at the time and we were checking out the radio for range etc. Certainly we were impressed, as it was a big step forward at a time when we needed all the help we could find during the Italian campaign, which was not going well at times."