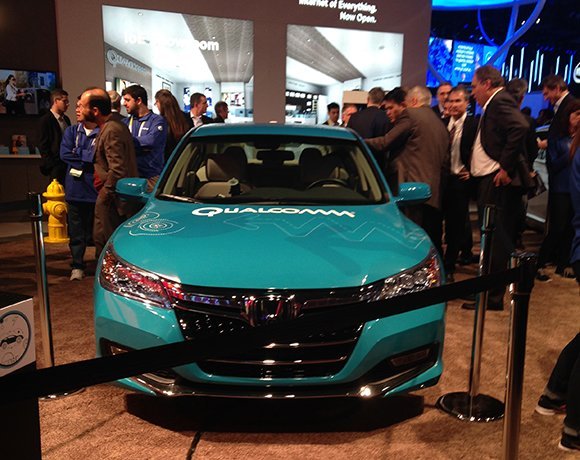 By far one of the biggest topics of 2015’s show, automotive innovation and the connected vehicle dominated the headlines at this year’s CES.

Ford’s CEO made sure to end his presentation with a video of a driverless car picking him up from the entrance of a car park following a personal voice command.

But it wasn’t just driverless vehicles that made the biggest appearance this year – a huge proportion of automotive innovation was focussed on taking the pressure off the streets to avoid the growing number of vehicles on the road reaching total gridlock.

If the number of cars on the road keeps increasing at its current rate, driving will be an unsustainable mode of transport in the years to come. This has led to automotive giants investing in ideas such as pay-as-you-go car sharing applications and insurance policies driven by data collection, reshaping the automotive industry.

According to Ford, up until now the car has always been a status symbol. But today’s generation are more likely to choose public transport due to the ability to multi-task during the journey.

The combination of today’s attitudes and the rapid changes in the industry could lead to and more energy efficient and convenient future.