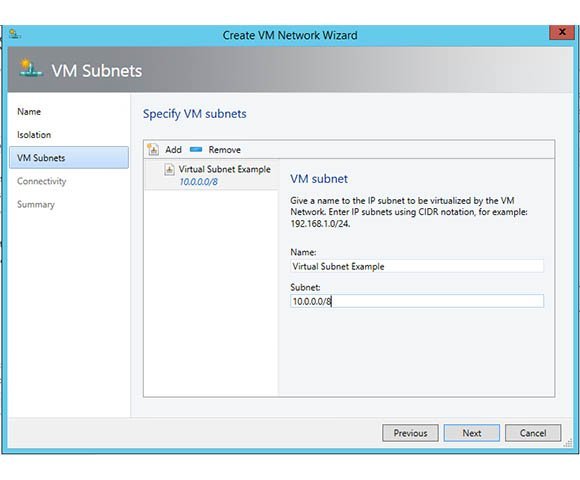 This encapsulates a virtual data packet within an outer packet, enabling virtual subnets that are independent of physical subnets.

The same physical network can accommodate overlapping virtual subnets without conflict. This is a huge feature for the hybrid cloud, since every tenant can extend its on-premise network to a public or hosted cloud without having to re-plan its network addresses.

Another new feature, called Dynamic IP Address Learning, which means HNV is aware of both dynamic and manually assigned IP addresses in a virtual network, and both inbound and outbound support for NIC Teaming, which means efficient use of multiple network cards where available.