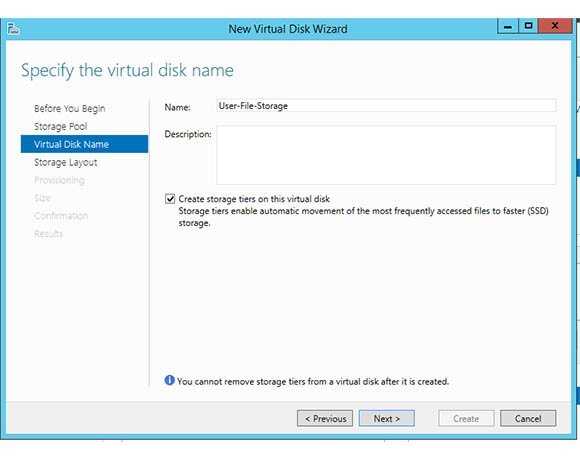 The biggest new feature in Server 2012 R2 is storage tiers, which lets you mix fast SSD (Solid-State Drives)  with conventional drives. Virtual disks can then have two tiers of storage, with data moved between SSD and hard disk drives according to its usage. You can also pin data to a tier using PowerShell.

Storage tiers can dramatically improve performance, though there are limitations. Tiered storage does not support thin provisioning, and the number of SSDs and hard drives needs careful planning.