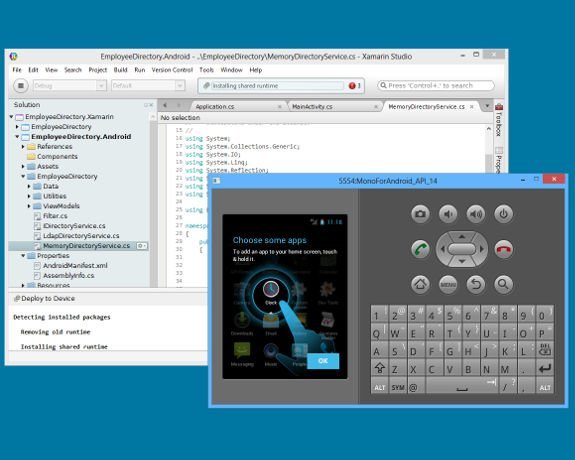 A newer company, called Xamarin, believes it has the perfect solution. Xamarin is an offshoot of the Mono project, an open source implementation of Microsoft .NET, and Mono founder Miguel de Icaza is Xamarin CTO. The company has C# compilers for iOS and Android, with substantial compatibility with Microsoft .NET, but does not include a cross-platform framework for the GUI. The idea is that developers build the user interface separately for each platform. Although Xamarin only targets iOS and Android, it is possible to support Windows and Mac with the same code by using Microsoft .NET and Mono.

Xamarin has recently acquired LessPainful, a specialist in testing mobile apps, and will release a cloud-based service for testing apps on multiple devices. “After you’ve conquered the cross-platform mobile development problem, testing is the next large pain point” says Xamarin CEO Nat Friedman. “You can’t just get by with manual testing. There’s a need for the same level of tools and processes in mobile testing that you have in desktop and web testing.”