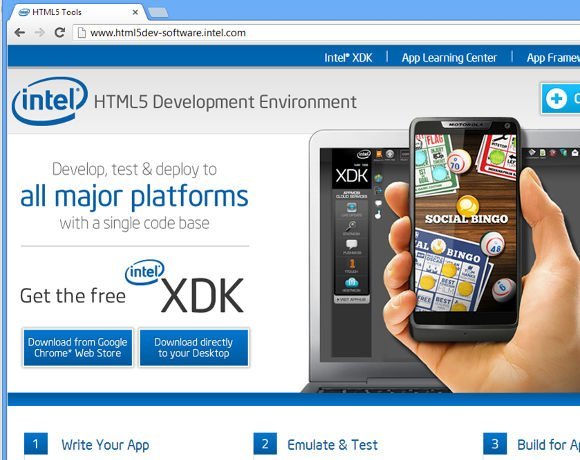 Intel is backing cross-platform HTML with its own framework and tools, called the XDK, which includes a cloud-based build service which is its own equivalent to PhoneGap Build and which also uses the Apache Cordova technology. Intel even has a tool in preview which ports iOS Objective C code to HTML and JavaScript. Intel sees HTML-based apps as an important alternative to “walled garden” platforms, according to presentations at its recent Software Conference in Paris.

HTML 5 is compelling for cross-platform development, but does not match the performance of native code. Wrapping HTML and JavaScript as a native app also leads to a mismatch between the browser-like user interface and the app-like deployment, giving a less satisfactory user experience than true native applications.

Marc Wickens at digital interaction agency Volume prefers to use the native toolkits for iOS and Android. “We found cross platform tools to be too immature at this stage,” he said.