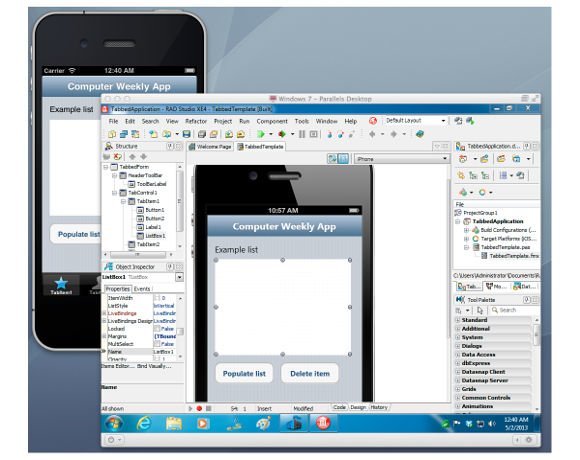 Some tools vendors are exploiting dissatisfaction with HTML-based apps by emphasising that their tools build true native apps. An example is Embarcadero, which has taken its venerable Delphi and C++ Builder Windows development tools and evolved them into cross-platform tools, building on a new cross-platform framework called FireMonkey. RAD Studio XE4, just released, includes both Delphi and C++ Builder and targets Windows, Mac and iOS, with Android support promised later this year.

Jason Swaby, software development manager at HR software company Carval Computing, is a Delphi developer now enjoying the new capabilities. “This was everything I had hoped it would be,” he says, “allowing me to produce excellent iOS apps using an IDE and language that I have used every day for 15 years.”

This does raise the question of what is meant by native code. Delphi compiles to a native executable, but its use of a cross-platform framework for the user interface means some compromise over the appearance and form of the user interface. The same app cannot look perfectly right on iOS without looking slightly out of place on Android, or vice versa