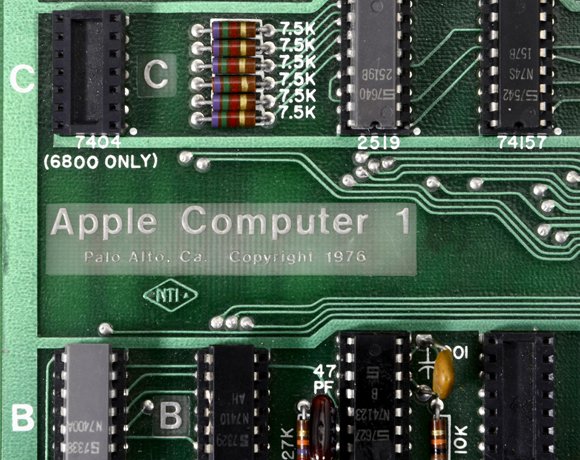 An original Apple 1 Computer from 1976 will be auctioned off by technical antiques specialist, Team Breker, in Germany on the 25th of May.

The Apple 1 was designed and handmade by Steve Wozniak in Silicon Valley and was marketed in 1976 by Wozniak and Steve Jobs through the electronics retail chain The Byte Shop, which bought the first 50 units.

“Jobs and Wozniak were working out of a garage in Silicon Valley,” said said Kevin Murrell, co-founder trustee of The National Museum of Computing (TNMOC). “They had Wozniak, the electronic brains, who would doodle designs for computers, and come up with the designs. But they were not really business savvy people at all, they just worked out which components needed to make the machine. They were told they had thirty days credit and didn’t even know what that meant. Such was the interest in the machine that all 200 kits were snapped up and they paid the supplier back.”