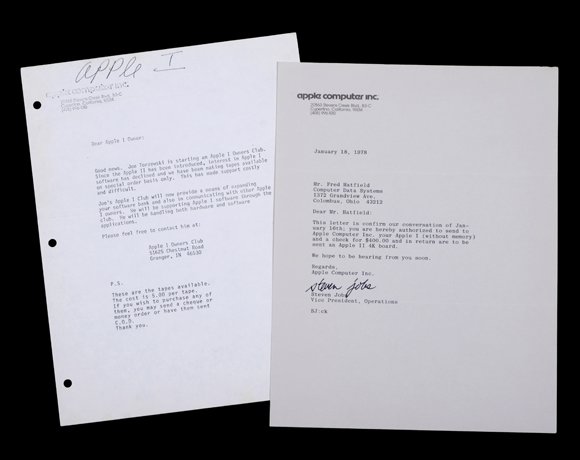 Additionally, the lot includes a company letter from 1978 which is signed by Steve Jobs.

By 1978, the Apple II computer had been released and was a worldwide success.

Kevin Murrell, co-founder trustee of The National Museum of Computing (TNMOC), said: “They learnt a lot in production and selling the Apple 1, which were sold as kits.  The buyer would receive a printed circuit boards and parts. Jobs and Wozniak learnt a lot at that point, and realised that selling machines assembled was a much better idea. Apple II came with a proper keyboard and case,  the amazing thing is they never put a foot wrong after that.”