This has resulted in …. 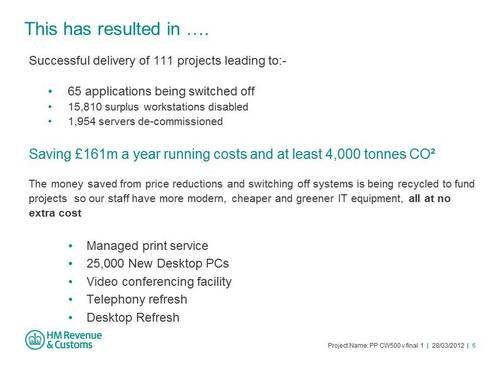 The project is now saving £161 million a year in IT running costs, but Pavitt said he had to overcome initial scepticism from officials who did not believe their sophisticated tax systems could be replicated by off-the-shelf packages.

“One tax was so unique I was told it could never go on to SAP because SAP would never cope with what they wanted,” he said. “It went live three months ago on a SAP vanilla solution. And good news is their running costs dropped by 83%.”

Pavitt is using this example to persuade tax officials that other complex tax software can be replaced by standard packages.