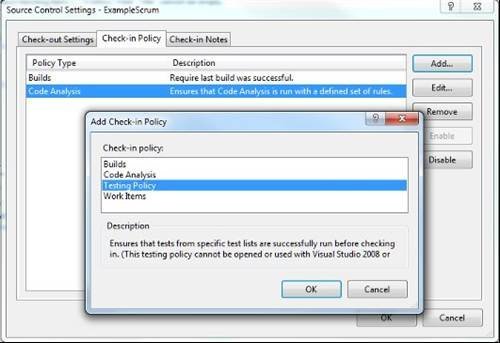 You can define check-in policy that specifies that code will build, or that certain tests pass.