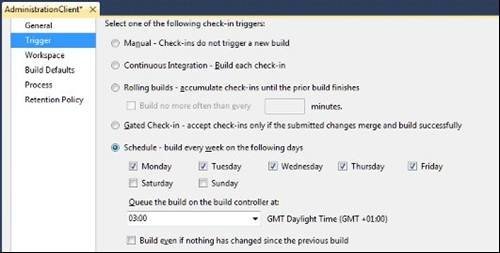 This build configuration dialogue shows how TFS can perform builds according to a schedule or triggered by other events.