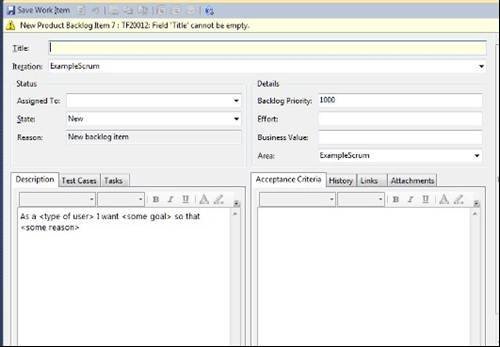 The base unit of Visual Studio ALM is the work item. This form is for a product backlog item.