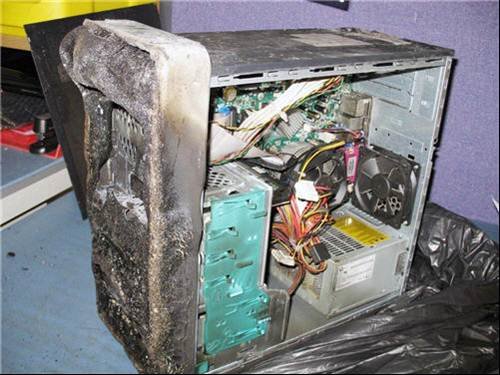 Due to the protection from the computer front panel, most of the internal components were intact